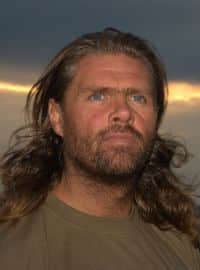 Shaun Ellis is a wolf behaviour expert who conducts research in a unique and sometimes controversial way: by living with wolves and becoming part of their world. Believing that living as close to wolves as possible is the best possible way to understand them, he has in the past immersed himself ...

Shaun Ellis is a wolf behaviour expert who conducts research in a unique and sometimes controversial way: by living with wolves and becoming part of their world. Believing that living as close to wolves as possible is the best possible way to understand them, he has in the past immersed himself into wolf society. During the study periods he lives and behaves like them – howling, licking and snarling – even eating and playing alongside them. Shaun is based in the UK at Combe Martin Wildlife Park in North Devon.

There he has a resident wolf pack which he manages and observes on a daily basis. It was at Combe Martin that he had the opportunity arose for him to fulfill a lifetime ambition of attempting to raise wild wolf cubs. A trio of wolf cubs that had been abandoned at birth by their mother offered Shaun this once in a lifetime chance. Shaun spent the following eighteen months living and interacting with the cubs and eventually introducing them to the resident pack. He played the role of Alpha male teaching them to howl and how to be wild. This epic experience was filmed and turned into a documentary by Aqua Vita films and give a TX on both Channel 5 and The National Geographic Channel.

Shaun’s interest in all things wild began as a child in Norfolk where he grew up on an isolated farm surrounded by woodland. After school he started to train as a gamekeeper only to abandon that particular career path when the senior gamekeeper discovered all the animals that Shaun was supposed to have culled being kept in cages ready for re-release into the countryside. Various jobs followed but all the time he held onto his dream of eventually going out to Yellowstone Park in the USA to study Wolves at close quarters.

A stint in the Army eventually allowed him to save enough money to make the trip. Shaun spent the next seven years on an Indian reservation with the Naz Paz Indians in Idaho. Learning from them how to observe the wolves. It was here that he began his studies in earnest. He started to record wild wolf howls in the woods, using recording equipment at night, and then playing them back again and again the next day. With patient listening, he learned how to pick out individual pack members through their distinctive sounds. He believes that wolves are highly intelligent, highly instinctive animals brought up within the pack with both trust and balance, characteristics that are often misunderstood by humans.

Shaun is currently working with Channel 5 and Tigress productions/ Discovery US on numerous projects for 2008 and onwards. Shaun is keen to investigate potential future applications for man’s relationship with not only wolves but other species both domestic and wild. He is involved with research projects in both Poland and Yellowstone Park, USA. A charismatic public speaker Shaun is really a quite unique person. 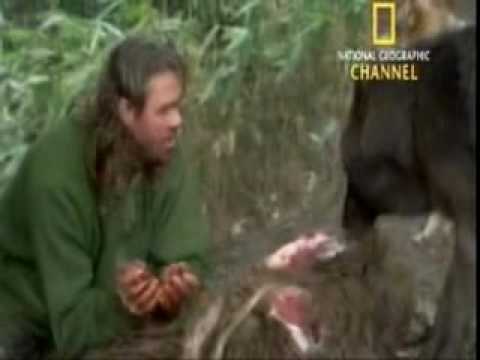