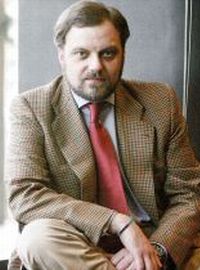 Accomplished diplomat, writer and a columnist with a clear perspective on current affairs

Gustavo de Arístegui comes from a long standing diplomatic background, his father and grandfather were both senior diplomats posted as ambassadors in Latin America, Europe and the Middle East.Mr Arístegui next to his native Spanish speaks English, French and German, and is interested in all the ...

Gustavo de Arístegui comes from a long standing diplomatic background, his father and grandfather were both senior diplomats posted as ambassadors in Latin America, Europe and the Middle East.

Mr Arístegui next to his native Spanish speaks English, French and German, and is interested in all the international issues that are related in any way to Spain, international security and strategic issues, terrorism, European affairs, Islam and the Arab–Israeli conflict. His english is impeccable as becoming of a scion of a diplomat family.

Mr Arístegui is the author of the trailblazing books 'El islamismo contra el Islam', published in 2004, and 'La yihad en España' (2005). Both deal with the war on terror and Al Qaeda in Spain, a country which has had to deal with this issue unlike any other European country. He is also the author of well over two hundred articles that have regularly appeared in El País, El Mundo, ABC, Al Hayat, Expansión and Reforma. He has lectured in many universities and current affairs forums, and he is Professor of Diplomatic and Consular Law at Madrid's Pontifical University of Comillas (ICADE), one of Spain’s most prestigious universities. Mr Arístegui is also the author of several academic essays in the Spanish edition of the magazine Foreign Affairs. In both his political and diplomatic careers he has travelled extensively.

Mr Arístegui has lived through some major international conflicts – both as the son of a diplomat, and as a diplomat himself. During the military coup in Argentina, the Nicaraguan Civil War and the Lebanese Civil War, Gustavo was there, living with his father, Spain’s ambassador to those countries. And, during the Second Gulf War, he was the Director for the Middle East and Africa of the Spanish Ministry. He has also been witness to some major historic events such as the opening of the Israeli embassy in Amman, and the signing of the Wadi Araba Peace Treaty as Spain's DCM and Chargé D’Affaires in Amman, Jordan (1993-'96).

As Chief of Staff of the Spanish Ministry of the Interior (1996-2000), he gained first hand experience on a wide range of issues, including international organised crime, international terrorism, domestic terrorism, parliamentary affairs, and European affairs.

Mr Arístegui presently holds a seat in Spain’s National Parliament, representing the province of Ciudad Real and he has been the spokesman for Foreign Affairs for the Popular Party in Congress since 2001. 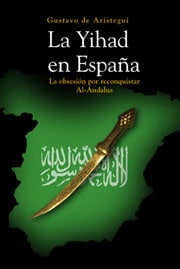