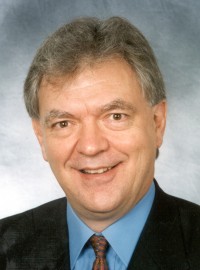 George Kohlrieser is an organizational and clinical psychologist. He is Professor of Leadership and Organizational Behaviour at IMD in Switserland and consultant to global organizations around the world. His research, teaching, and consulting activities are focused on high performance leadership, ...

George Kohlrieser is an organizational and clinical psychologist. He is Professor of Leadership and Organizational Behaviour at IMD in Switserland and consultant to global organizations around the world. His research, teaching, and consulting activities are focused on high performance leadership, high performance teamwork, conflict management, change management, dialogue and negotiation, coaching, stress management, work life balance, and personal and professional development. He is also a Police Psychologist and Hostage Negotiator focusing on aggression management and hostage negotiations.

Professor Kohlrieser is founder and director of Shiloah International, a consultancy offering integrated programs to a wide range of organizations. He has worked in some eighty-five countries in North and South America, Eastern and Western Europe, Middle East, Asia, India, Africa, Australia and New Zealand.

Professor Kohlrieser completed his doctorate at Ohio State University where he wrote his dissertation on cardio vascular recovery of law enforcement leaders following high stress situations. His research has made significant contributions to understanding the role self-mastery and social dialogue has in helping leaders sustain high performance through life long learning.

He is past president of the International Transactional Analysis Association, San Francisco, California. ITAA is a non-profit scientific organization established to investigate and promote the use of transactional analysis (TA) in psychotherapy, education, business and in other fields of human interaction.

He had his own highly acclaimed radio call-in talk show in the US for over 10 years. This program was a combination of offering help, giving information, confronting real life issues, and entertainment.

George is known as a very engaging teacher, a highly sought after motivational speaker for conferences and keynote addresses. He has consulted for the BBC, CNN, ABC, and CBS and appeared on many radio programs. His work has been featured in the Wall Street Journal and other leading newspapers and magazines.

George is also the author of a recent book entitled Hostage At The Table: How Leaders Can Overcome Conflict, Influence Others, And Raise Performance.

Hostage at the Table