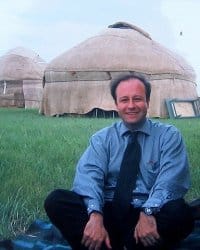 Versatile speaker and Director of the Dialogue with China Project

Prof. Augusto Soto leads the Dialogue with China Project, an independent electronic platform aimed at analyzing and discussing current events, intercultural and international issues as well as innovation projects for a better understanding and interaction with China.

Augusto Soto is a member of The Global Experts of the United Nations, New York.

He has worked as a Chinese-Spanish translator and reporter for the Spanish News Agency EFE in the Chinese capital and is in regular contact with international media via The Global Experts of the United Nations.

A noted professor, Soto has authored countless articles and analyses on China, the Asia Pacific and Eurasia regions in specialized magazines and books published in three continents. For many years he has been lecturing at various universities, think tanks and business schools including ESADE, the Open University of Catalunya, the Program of High University Studies (IAEU), the Autonomous University of Barcelona and CIDOB.

Currently he collaborates with the Elcano Royal Institute (Madrid), the Institute of European Studies of the Chinese Academy of Social Sciences (Beijing), the Chilean Foundation of the Pacific (Santiago), the Observatory of Chinese Politics (Pontevedra), the Institute for Brazil China Studies (Rio de Janeiro).