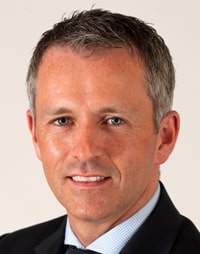 Mike Forde is Director of Football Operations at Chelsea Football Club, a position he has held since 2007.Mike is responsible for all areas of performance and team operations relating to the first team, including player recruitment; medical; sport science; psychology and performance analysis.Mike ...

Mike Forde is Director of Football Operations at Chelsea Football Club, a position he has held since 2007.

Mike is responsible for all areas of performance and team operations relating to the first team, including player recruitment; medical; sport science; psychology and performance analysis.

Mike is widely recognized as a leading figure in the English Premier League and European Soccer. He is particularly known for innovative methods to create a sustained business model for elite player performance, in the most widely watched and competitive football league in the world.

Between 1999 and 2007, Mike was Performance Director for Bolton Wanderers Football Club, also in the English Premier League.

Mike has a degree in Sport Science from Liverpool John Moores University and a Masters in Psychology and Sport from San Diego State University/Leeds Metropolitan University.

Mike serves as a non-executive director at the Lawn Tennis Association. He has advised on High Performance Cultures and Talent Management for American football, basketball and baseball teams in the US, international rugby union, international cricket and Formula One.

In May 2012 Chelsea achieved their long-held goal of winning the UEFA Champions League. They won the match in a dramatic penalty shoot-out, beating the favorites Bayern Munich in their home stadium. In May 2013 Chelsea won the Europa League for the first time in their history.

Mike commented, "It was a fantastic achievement by the players after so many years of hard work and disappointment. Their commitment to the highest level of performance; preparation, attention to detail and above all a burning desire to achieve a life defining goal was the difference that made the difference. The final was only 120 minutes but represented nearly a decade of hard work and focus to achieve a specific goal. This is a great story for anyone who wants to achieve the highest level of performance."

Mike draws on his experience in Leadership, Building High Performance Teams and Talent Management to give inspirational speeches and workshops.

1.   Creating a High Performance Environment
2.   Strategies and Mindsets for becoming a High Achiever
3.   The Role of Talent in Creating a Powerful Organisation