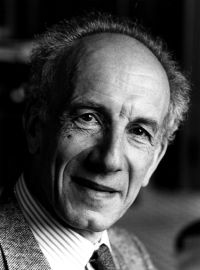 Historical, political and cultural development of Europe and society

Peter Pulzer was educated at King’s College, Cambridge (MA, PhD in History) and the University of London (BSc in Economics and Political Science). From 1957 to 1996 he taught Politics,...

Peter Pulzer was educated at King’s College, Cambridge (MA, PhD in History) and the University of London (BSc in Economics and Political Science). From 1957 to 1996 he taught Politics, International Relations and Modern History at the University of Oxford, from 1984 onwards as Gladstone Professor of Government and Fellow of All Souls’ College.

He has held numerous visiting professorships, e.g. at the School of Advanced International Studies, Washington DC, UCLA, Geschwister-Scholl-Institut at Munich University and Humboldt University, Berlin, and lectured at many public and private institutions in North America, Western Europe, the former Soviet bloc and the Middle East.

Until 1999 he was employed as Western Europe region head by the international consultancy Oxford Analytica Ltd. His main interests lie in the history and political development of Europe in the last two centuries, with special emphasis on central Europe, including Germany and Austria, and political and ideological movements, especially those of the extreme Right and Left. He has made a special study of Jewish history and anti-Semitism. His books include The Rise of Political Anti-Semitism in Germany and Austria; Political Representation and Elections in Britain; German Politics 1945-1995.

Jews and the German State