Astronaut and Ambassador of the Earth

André Kuipers is the first Dutchman with two space missions to his name. His second mission was the longest spaceflight in European history.

After years of training in Houston, Moscow, Cologne, Montreal and Tokyo, a Russian Soyuz spaceship launched André and his two crew members from Russia and America on the 21st of December 2011 from Kazakhstan. Two days later he arrived at the International Space Station to live and work for six months. On board he was not only a medical doctor, scientist and flight engineer, but also handyman and ambassador for several charities. On the 1st of July 2012, André returned to Earth and landed in his space capsule in the Kazakh steppe.

Astronaut André Kuipers offers a unique look behind the scenes of international human spaceflight. He shares his story about the training, the mission and his exceptional view of our planet.

In space you can find an outstanding multinational: the International Space Station (ISS). Realised by the United States of America, Europe, Russia, Canada and Japan.

André Kuipers was given the great privilege to work in the ISS twice and be a part of this international enterprise.

The ISS is the largest, most complex, international technological structure ever made by mankind. Working on groundbreaking technology which can exist in an extraterrestrial environment enables us to come to scientific insights about our place in the universe, we gather enormous amounts of information about our own Earth and the life our planet sustains. In space technology is everywhere: when it comes to medical issues, communications, transport, energy and even when it comes to exercising!

When André Kuipers was in the ISS he orbited Earth 16 times a day. Borders dividing countries are not visible from space. What is visible from space are the global challenges humankind faces: climate change, deforestation, erosion, the consequences of urbanisation.

When looking at Earth from space it becomes clear that we live on a small planet in a big and dark universe; Earth is in fact itself a ‘spaceship’ with limited supplies. New technologies – from recycling to satellite Earth observation – are needed to ensure a good future for all of us.

3. Medical aspects of a space exploration

As a physician, André Kuipers was inspired by the idea of helping mankind travel further into space. The way the human body adapts to conditions in space has always intrigued him. Within aerospace medicine, André participated in a variety of research projects. During his space missions, André performed dozens of medical experiments and was often a “guinea pig” himself.
He tells first-hand about the influence of acceleration forces and weightlessness on the human body. The medical aspects on board the ISS are covered, from the gym and the defibrillator to psychology and radiation. As well as the systems to enable life in space anyway: air, food and water.

Becoming an astronaut involves quite a lot of effort. It is an endless road full of challenges and sacrifices to realise that one dream. The ability to always carry on, passion, patience and tolerance to frustration are indispensable qualities for any person wanting to be an astronaut, a little bit of luck however comes in handy as well.

However small the chance to succeed might seem, never give up! Boldly go where no one has gone before, because exactly there you will find these chances.

5. Energy and the future

Harvest predictions using satellites, new fuel cells developed for space flight, sun sensors which keep solar panels in the sun and mining on the moon. The science fiction of today is the reality of tomorrow. 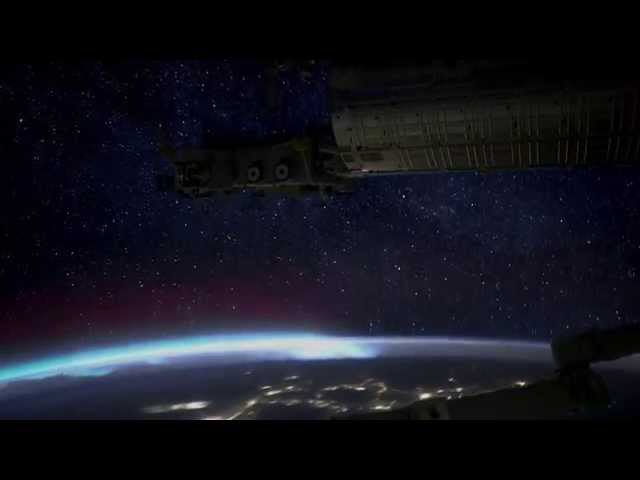 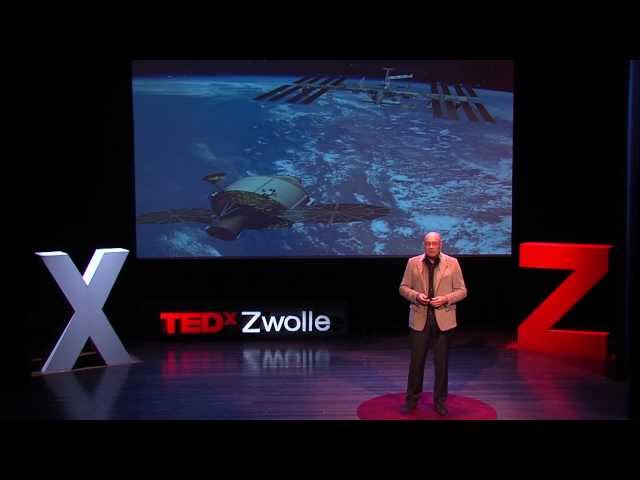 One habitat for mankind may not be enough: André Kuipers at TEDxZwolle

Dr. Andre Kuipers is one of the most inspiring storytellers I have ever worked together with. He is well-prepared, curious, and customizes his presentation to his actual audience. The feedback we got ...

"We approached Pauline because there was a need to get the guests at our Integral Safety in Higher Education seminar thinking about Integral Safety. We wanted our pretty complex subject to be introduced in a light-hearted and ideally amusing way - I guess we wanted the impossible. We have got to know Pauline as a professional artist who isn't satisfied until all aspects of her performance are seamlessly tuned to the needs of the subject. She meticulously researches the subject and comes up with different creative perspectives which she then moulds into what in our case was a razor-sharp parody that the audience loved, but also contained lots of surprising leaps that got them thinking about the subject Integral Safety. Pauline strikes a perfect balance between content and entertainment. We consider her performance to our conference as invaluable; she played a major part in making the day a success."

Ron from Delft University of Technology

How is André Kuipers associated with Speakers Academy?

André Kuipers has been associated with Speakers Academy as a keynote speaker for several years. However, these days André Kuipers is also available as a speaker for online events. Webinars, Online talk shows, you name it.

Can André Kuipers also be booked for webinars?

What is André Kuipers known for?

Besides being a renowned physician, André Kuipers is one of the few Dutch astronauts to ever visit space and the only Dutch citizen to return back to space after his first mission. As a result, he received a multitude of Honours, some of them being ‘Knight of the Order of the Netherlands Lion’ and ‘Honorary citizen of Haarlemmermeer’.

Dr. Andre Kuipers is one of the most inspiring storytellers I have ever worked together with. He is well-prepared, curious, and customizes his presentation to his actual audience. The feedback we got ...

Dr. Andre Kuipers is one of the most inspiring storytellers I have ever worked together with. He is well-prepared, curious, and customizes his presentation to his actual audience. The feedback we got back from our colleagues after his talk was extremely positive. Also, to organize our event through Speakers Academy was smooth and fun –  I hope we can work together in the near future.