Marianne Thieme has been the political leader for seventeen years of what has become a highly successful new political movement, the Party for the Animals.

Once Marianne Thieme has something in her head, it will happen. In October 2002, she and four others founded the Party for the Animals, the first political party in the world to put the planet and all its inhabitants, humans and animals, first. In Growing Resistance, the last of the five books she has written so far, describes how she came running into the Amsterdam Chamber of Commerce on Monday, Oct. 28. Just before closing time, she asked if anyone still needed to found a political party and was promptly allowed to go ahead so that the party could be registered in time to participate in the upcoming elections. In 2006, under her leadership, the Party for the Animals entered the House of Representatives with two seats, a world first.

Since January 2022, Marianne Thieme has also been director of the NGPF foundation. The goal of the NGPF is to conduct scientific research and to broaden knowledge and awareness of issues of social importance, particularly with regard to the core themes of animal welfare, animal rights, sustainability and nature.

For seventeen years, Marianne Thieme has been the political leader of what has grown into a highly successful new political movement. With 17,000 members, a total of 80 representatives in various bodies - from water boards to the European Parliament - and more than 60 staff members, Marianne knows better than anyone what it is like to lead a medium-sized, ideals-driven organization. And with nineteen sister parties in the rest of the world, whom she advises and assists, Marianne knows what it is like to lead an international movement as a woman.

Speaking about the ecological crisis and also giving her listeners practical suggestions on how to make our world a better place for people, animals and nature - that is Marianne at her best. And always based on facts with passion, concrete examples and anecdotes, demonstrating analytical acuity and a sense of humor.

If you want an impassioned speech about sustainability, or an inspiring speech about idealism, but also a chairperson who knows what she is talking about and can get the best out of the other speakers, Marianne Thieme is the right person. Thirteen years in politics has made Marianne not only a driven, passionate, experienced speaker, but also a fantastic moderator and interviewer, who has displayed her skills in this field in no fewer than five internationally award-winning documentaries, hundreds of television and radio appearances and chairmanships of roundtables and hearings.

Marianne Thieme saw her relentless activism awarded an honorary doctorate in law from Andrews University in the United States in May 2019, for her great achievements in the development of law and the global struggle for sustainability and animal rights. Since Jan. 1, 2022, Marianne has also served as director of the scientific office the Nicholas G. Pierson Foundation. 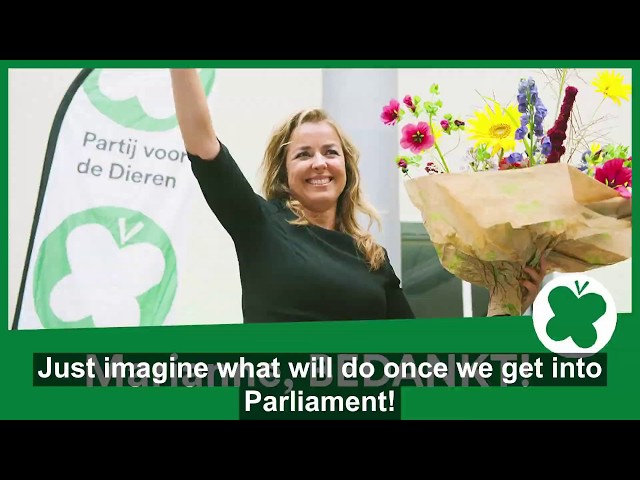