The dream of photographer Jimmy Nelson is to visually unite culture and environment to place it on the highest podium of respect.

Jimmy Nelson's dream is to visually unite culture and environment to place it on the highest podium of respect.

People are always at the heart of his work. Days, even weeks are invested in creating a mutual trust that enables both parties to comfortably connect with one another. This is achieved by resonating boundless respect and adoration. As there is no common language, Jimmy has to discover new ways of communicating by expressing his emotions through physicality. Once the scene is set and the connection is made, natural light is gathered and the images are bathed in a warm glow of pride. This artistic presentation is very deliberate with its result being to raise awareness and initiate conversation.

This art provides a new perspective to dominant cultures of how powerful, wealthy and inspirational Indigenous cultures are. By respecting one another, we, in the 21st Century could become more alert as to the new challenges which humanity is facing and the alternative ways of dealing with them. By attentively looking at each other, we could create a potential mirror of what we can learn from the world’s last Indigenous cultures and create a healthier balance. A balance that has as much to do with one another as the natural environment we live in. We depend on the natural world for our survival so it demands our utmost respect.

Jimmy’s work is a compelling symbiosis of many elements which could enable us to see the bigger picture and perhaps create a more sustainable future for us all. However, Jimmy has noticed that maintaining the culture is often not possible or less attractive for the younger generations of these communities. Over the years, the necessary elements for the people to build a fulfilling life have been taken from them. This may, for example, concern the land on which they live and are connected to, or the environment becoming unusable due to drought, deforestation or mining. In some cases, these pressures from outside have tarnished their feelings of pride. With his images, he, therefore, tries to rekindle feelings of pride.

Using an analogue plate camera serves Jimmy particularly well in this process. This classic cumbersome and awkward instrument requires Jimmy to push his physical and creative boundaries to new levels. With his tailor-made 10x8 inch camera it is his mission to artistically record and share the definitive image which represents the ultimate human connection and translation of respect. It is our hope that this personal, passionate and dedicated search will eventually wake up the world.

Jimmy Nelson started working as a photographer in 1987. Having spent ten years at a Jesuit boarding school in the North of England, he set off on his own to traverse the length of Tibet on foot (1985). The journey lasted a year and upon his return his visual diary, featuring revealing images of a previously inaccessible Tibet, was published.

Soon after (1987) he was commissioned to cover a variety of culturally newsworthy themes for many of the world-leading publications ranging from the Russian involvement in Afghanistan and the ongoing strife between India and Pakistan in Kashmir to the beginning of the war in former Yugoslavia.

In early 1994 he and his Dutch ex-wife Ashkaine Hora Adema produced Literary Portraits of China. A coffee-table book about all indigenous cultures in China and their translated literature. From 1997 onwards, Jimmy undertook commercial advertising assignments for many of the world’s leading brands. Meanwhile, he spent his whole life accumulating images of indigenous cultures.

In 2010 he began his journey to create the artistic document that became Before They pass Away, which was published in October 2013. Its success and the responses to it have enabled and encouraged Jimmy to continue this journey. In October 2018, Nelson published the first interactive book Homage to Humanity, for which he visited another unique 34 indigenous cultures around the globe. The book is accompanied by the 2019 Webby Award-winning mobile application that makes it possible to scan every image in the book and bring them to life with exclusive films, interviews and 360 ? film material. This allows people to see the making of the work and to understand the process behind it.

Today Jimmy is using an 8x10 analogue plate camera to bring the project to its next level. Jimmy strongly believes that if you change the way you look at people, the people you look at change. And if that change is powerful enough, it will gather momentum to affect the whole of humanity. A message that today he is promoting through talks at international conferences and museum exhibitions. With the proceedings of his art projects, the Jimmy Nelson Foundation was set up to take it a step further in supporting the communities on the ground. 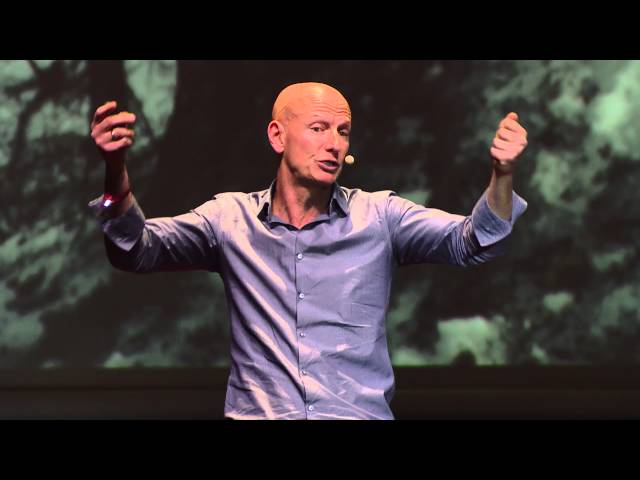 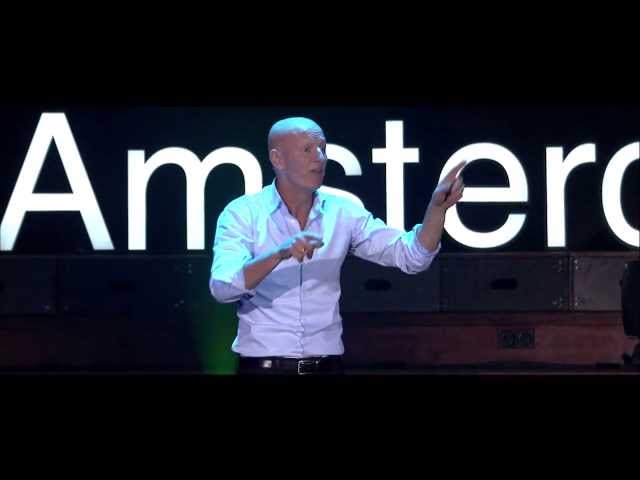 Before they pass away: Jimmy Nelson at TEDxAmsterdam 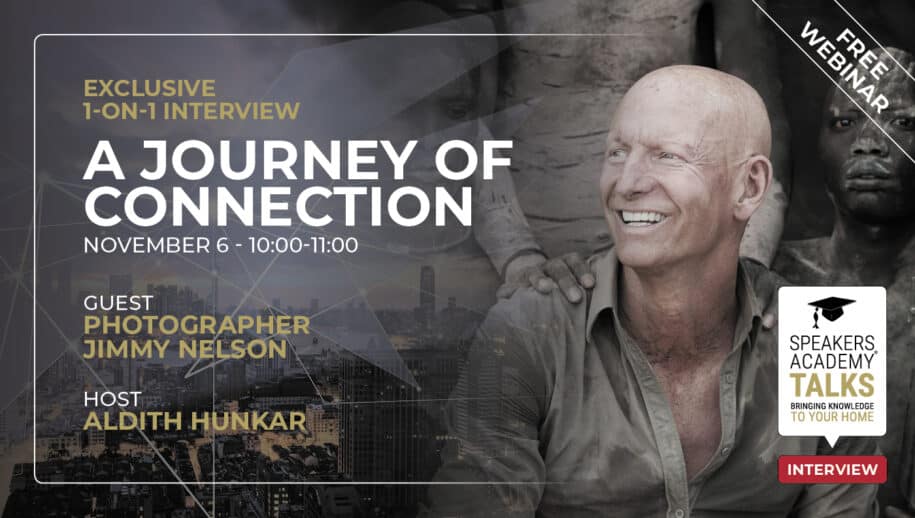 Special webinar with our special guest Jimmy Nelson, known for his beautiful creative work and best-selling books Before They pass Away, and Homage... 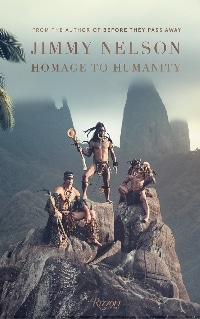 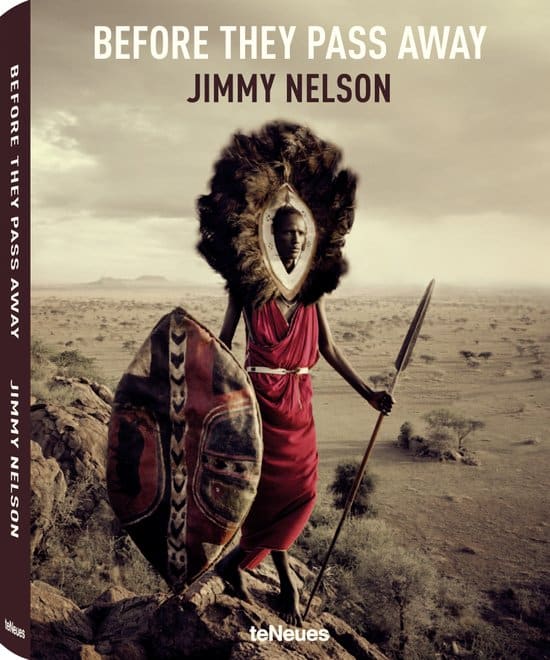 Before they pass away

How does Jimmy Nelson conduct his speeches?

By telling his heart-warming and sometimes sorrow evoking stories and combining that with the communicational skills obtained throughout his journey, he does not just connect to you on one level: he engulfs all of your senses, inner and outer, and fills you with inexplicable excitement and childish curiosity.

Why did Jimmy Nelson start his journey in the first place?

Alongside the difficulties that might be too much to bear for many, he not only focuses on educating the world about other cultures and the importance of communicating properly, but also showcases his own personal development; the goal of finding who he himslef truly is while learning more and more about the rest of the world.