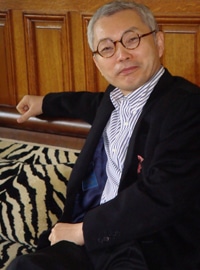 Founder of the Blue Ocean Strategy; Don’t compete with rivals - make them irrelevant

Prof. W. Chan Kim is Co-Founder and Co-Director of the INSEAD Blue Ocean Strategy Institute and The Boston Consulting Group Bruce D. Henderson Chair Professor of Strategy and International Management at INSEAD, France (the world's second largest business school). Prior to joining INSEAD, he was a ...

Prof. W. Chan Kim is Co-Founder and Co-Director of the INSEAD Blue Ocean Strategy Institute and The Boston Consulting Group Bruce D. Henderson Chair Professor of Strategy and International Management at INSEAD, France (the world's second largest business school). Prior to joining INSEAD, he was a professor at the University of Michigan Business School, USA. He has served as a board member as well as an advisor for a number of multinational corporations in Europe, the U.S. and Pacific Asia. He is an advisory member for the European Union and is the Country Advisor to Malaysia. He was born in Korea.

Kim has published numerous articles on strategy and managing the multinational which can be found in: Academy of Management Journal, Management Science, Organization Science, Strategic Management Journal, Administrative Science Quarterly, Journal of International Business Studies, Harvard Business Review, Sloan Management Review, and others. The Journal of International Management recognizes Kim as one of the world’s most influential academic journal authors in global strategy. He is the co-author of Blue Ocean Strategy: How to Create Uncontested Market Space and Make the Competition Irrelevant (Harvard Business School Press, 2005). Blue Ocean Strategy has become an "International Bestseller," after reaching the "Wall Street Journal Bestseller," "BusinessWeek Bestseller," and "National (American) Bestseller" status. It sold over one million copies in the first year and is being published in 41 languages, breaking HBSP's historical record of most foreign language translations ever achieved. Blue Ocean Strategy won the Best Business Book of 2005 Prize at the Frankfurt Book Fair. It was also selected as the number one Strategy Book of 2005 by Strategy + Business, Booz Allen & Hamilton's leading business magazine, and as a Top Ten Business Book of 2005 by Amazon.com.

Kim is a winner of the Eldridge Haynes Prize, awarded by the Academy of International Business and the Eldridge Haynes Memorial Trust of Business International, for the best original paper in the field of international business. Thinkers 50, the global ranking of management gurus, places Kim among the top ten most influential thinkers in 2007. L'Expansion also named Kim along with his colleague Renee Mauborgne as "the number one gurus of the future". The Sunday Times (London) called them "two of Europe's brightest business thinkers. Kim and Mauborgne provide a sizeable challenge to the way managers think about and practice strategy." The Observer called Kim and Mauborgne, "the next big gurus to hit the business world."