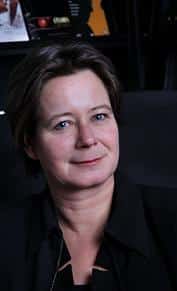 “After the break, the young market researchers were browbeated by the eloquent Justien Marseille, who talked about 'sense and non sense of trend analysis' in response to a number of critical...

“After the break, the young market researchers were browbeated by the eloquent Justien Marseille, who talked about 'sense and non sense of trend analysis' in response to a number of critical standpoints. The way she presented her story made the audience laugh. The content was very interesting, but her performance would not have been misplaced in a theatre too..." (From: 'Survey', November 2000).

Drs Justien Marseille, born in 1966, is director and founder of KoMa bv / The Future Institute, the Rotterdam-based agency for trend analysis and concept development. Since 1993 she is professionally mapping future changes in markets and in society as a whole. Before she was responsible for the research group Trend Alert, part of the international Grey Advertising Group, that investigated and reported trends and changes in society.

In 1999, she started her own agency. She maps relevant changes and their consequences for various companies and institutions. KoMa / The Future Institute has clients in the fields of financial service rendering, telecom, information technology and fast moving consumer goods. Justien Marseille is also a publicist and a teacher.

Since 1997, Justien Marseille has given many lectures for small and large audiences and workshops for a limited number of participants, often senior staff members, who will be searching for the consequences of certain outlined developments.

One of her recently developed lectures is about the rise of a new generation, born in 1980 or later, 'Generation 911'.

1. The rise of Generation 911
2. Trends in society
3. Corporate trends