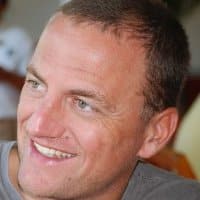 Hoogerwerf has a broad international background and an established network in Asia and Europe. During his Masters ‘Chemical Science’ at the Rijksuniversiteit Groningen (RUG), he went to the National University of Singapore (NUS) to do his thesis research. Doing this, he was the first exchange ...

Hoogerwerf has a broad international background and an established network in Asia and Europe. During his Masters ‘Chemical Science’ at the Rijksuniversiteit Groningen (RUG), he went to the National University of Singapore (NUS) to do his thesis research. Doing this, he was the first exchange student between the RUG and the NUS. His first jobs after having completed his studies were at two major banks in Holland (Rabobank and Fortis) from 2000 until 2004. Here, he advised the management of shipping companies on financial structures and solutions. Later, he followed a Master in Business Administration in Barcelona, Spain.

During the summer of 2005, Martijn Hoogerwerf went back to Hong Kong as an MBA Summer Intern at Noble Group LTD. Further on, from 2006 until now, he stayed in Hong Kong where he held different functions. He went back to Fortis (Hong Kong), to advise the CEO and the Executive Committee of Fortis Asia Pacific on decision-making and execution of strategically important projects in the Asia Pacific region.

In 2010, Martijn Hoogerwerf became a freelance management consultant to focus on clean energy and environmental sectors. He provided amongst others, guidance in the start-up of the ‘Plastic Disclosure Project’ (a global initiative to reduce the environmental impact of the world's growing use of plastics in products and packaging). In the same year, Hoogerwerf became Chief Strategy Officer at China Europe Bio-Energy Consortium (CEBC), a Hong Kong and Beijing based developer and operator of biofuel plants in China. This company operates a Build-Own-Operate investment model in Greater China by levering its expertise in bio-energy, project development and finance. His role at CEBC is to develop an investment and technology holding platform that has controlling stakes in multiple commercial-scale biofuel plants. Additionally, he also leads and coordinates the investment projects from business case to fully financed projects ready for construction.

Having held positions in Hong Kong, Singapore, the Netherlands, but also New York and Greece, together with his over a decade of structured finance and strategic development experience in the finance, energy and transportation sectors, Martijn Hoogerwerf is more than able to give inspiring lectures. Subjects such as sustainability, clean energy, come to light during his speeches and he can inspire and motivate people to set up their own sustainable projects. His experiences explains the do and the don’ts and sketches a reasonable financial picture. Besides, all this, Hoogerwerf is an avid sports and outdoor fan. He himself has completed many endurance races, such as ultra-marathons and triathlons.