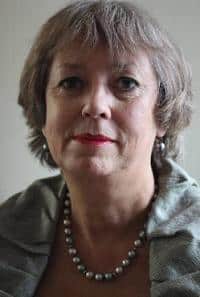 Japan is strong by its forces of tradition and innovation. Europe is engulfed in financial and economic crises. What can we learn from a country that in its long history is used to dealing with all kinds of crises?Madeleine Wardenaar is a Japan expert. She is director of Magna-Arte Communication, ...

Japan is strong by its forces of tradition and innovation. Europe is engulfed in financial and economic crises. What can we learn from a country that in its long history is used to dealing with all kinds of crises?

Madeleine Wardenaar is a Japan expert. She is director of Magna-Arte Communication, vice-chair of the Japanese Dutch Shinzen Foundation, member of the Board of the Dutch Japanese Association, adviser to the Japan Netherlands Culture Center/Kobe and Amsterdam and adviser to the Japanese cultural center Shofukan. She enjoys special status in Japan, due to respect for her ancestor Willem Wardenaar, who was Director General of the DutchTrade Mission Deshima, Nagasaki—the only Western trade mission in Japan for several centuries.

Ms. Wardenaar frequently gives lectures about the lessons of Japan’s past and current history: resilience, innovation, cultural strength and what we in Europe can do with all of this. Her personal and professional experience of Japan is crystallized in a presentation that has been received with great acclaim by the City of Amsterdam and Ogilvy Amsterdam, attended by managers from Unilever, XS4ALL, Kraft Foods, Deloitte and Allianz.

She was responsible for the cultural activities of Japan Week in Almere and brought in select Japanese companies to become a member of the Van Gogh Museum Business Circle. For the Dutch delegation to the World Water Forum in Kyoto, presided over by HRH Prince Willem-Alexander, she served as communication adviser. In Japan, she has produced art events in Tokyo, Kyoto and Nagasaki, and has also been a guest lecturer at Yamaguchi University.

Her organizational talent has not been restricted to Japan; Ms. Wardenaar also led communications for the Van Gogh Year Foundation and served as the Dutch representative of SIME (Salon International des Musées et des Expositions) in Paris. She has also worked as an editor for Asian and Western culture for Dutch television.

JAPAN BEHIND THE SLIDING DOORS

In a vivid one-hour lecture, Madeleine Wardenaar reveals the mysteries of Japan. As a result of her talk, you will:

- Get an introduction to the country of paradoxes, becoming familiar with typical Japanese expressions such as ji-shuku (self constraint) and shoganai (it can’t be helped).

- Shrink your cultural gap with Japan.

- Understand how Japanese innovations in industry, leadership, organization, marketing and management are based upon the country’s rich traditions.