‘The century of Asia’

A student of philosophy and history, Kishore Mahbubani has had the good fortune of enjoying a career in government and, at the same time, in writing on public issues. With the Singapore Foreign...

A student of philosophy and history, Kishore Mahbubani has had the good fortune of enjoying a career in government and, at the same time, in writing on public issues. With the Singapore Foreign Service from 1971 to 2004, he had postings in Cambodia (where he served during the war in 1973-74), Malaysia, Washington DC and New York, where he served two stints as Singapore’s Ambassador to the UN and as President of the UN Security Council in January 2001 and May 2002. He was Permanent Secretary at the Foreign Ministry from 1993 to 1998. Currently, he is the Dean and Professor in the Practice of Public Policy at the Lee Kuan Yew School of Public Policy (LKYSPP) of the National University of Singapore. Concurrently, Prof Mahbubani continues to serve in Boards and Councils of several institutions in Singapore, Europe and North America, including the International Institute for Strategic Studies (IISS) Council, the Asia Society's International Council, the Yale President's Council on International Activities (PCIA), and the 2008 International Atomic Energy Agency (IAEA) Commission of Eminent Persons.

In the world of ideas, Prof Mahbubani has spoken and published globally. His articles have appeared in a wide range of journals and newspapers, including Foreign Affairs, Foreign Policy, the Washington Quarterly, Survival, American Interest, the National Interest, Time, Newsweek and New York Times. He has also been profiled in the Economist and in Time Magazine. He is the author of “Can Asians Think?” (published in Singapore, Canada, US, Mexico, India, China and Malaysia), “Beyond The Age Of Innocence: Rebuilding Trust between America and the World” (published in Us and China), and “The New Asian Hemisphere: the irresistible shift of global power to the East” (published in US, France, Germany, The Netherlands and Taiwan).

Prof Mahbubani was awarded the President’s Scholarship in 1967. He graduated with a First Class honours degree in Philosophy from the University of Singapore in 1971. From Dalhousie University, Canada, he received a Masters degree in Philosophy in 1976 and an honorary doctorate in 1995. He spent a year as a fellow at the Center for International Affairs at Harvard University from 1991 to 1992. He was also given the 2003–2004 Dr Jean Mayer Global Citizenship Award by the Institute for Global Leadership (IGL) at Tufts University.

He has been conferred The Public Administration Medal (Gold) by the Singapore Government in 1998. The Foreign Policy Association Medal was awarded to him in New York in June 2004 with the following opening words in the citation: “A gifted diplomat, a student of history and philosophy, a provocative writer and an intuitive thinker”. Prof Mahbubani was also listed as one of the top 100 public intellectuals in the world by Foreign Policy and Prospect magazines in September 2005 was also included in the March 2009 Financial Times list of Top 50 individuals (including Obama, Wen Jiabao and Sarkozy) who would shape the debate on the future of capitalism. 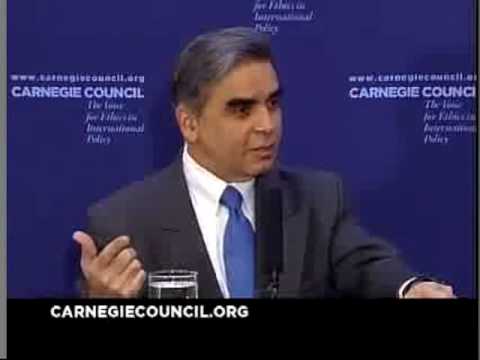 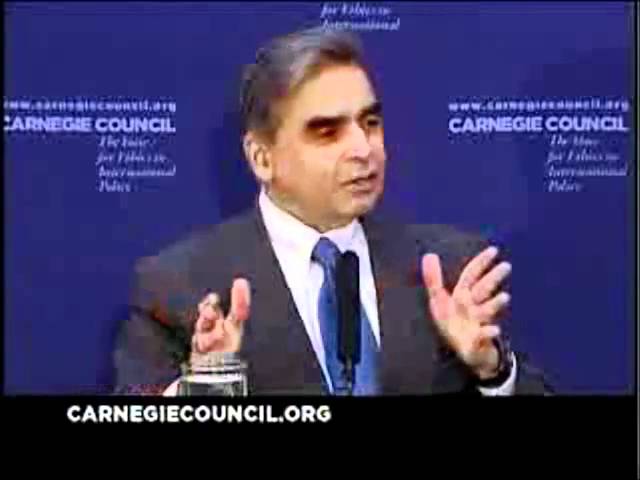 Beyond The Age Of Innocence