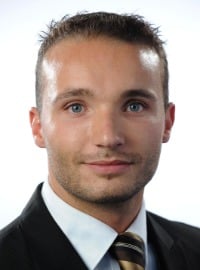 Jeremy is a French entrepreneur born in 1983. He holds a BSc in applied physics from Oxford University and a MSc in sustainability management from HEC Paris Business School.After 3 years spent as an...

Jeremy is a French entrepreneur born in 1983. He holds a BSc in applied physics from Oxford University and a MSc in sustainability management from HEC Paris Business School.

After 3 years spent as an industrial performance engineer for a european leading construction company, he worked as a consultant in social and environmental issues, and as a financial analyst for a cleantech private equity fund in Luxembourg, helping companies with their strategic and operational issues.

Besides his professional path, Jeremy is a confirmed rugby player, and he has been a reserve officer in the French Navy for several years.

From 2010 to 2013 he led a French NGO focusing on sustainability awareness and international relations. In 2011 he represented the French Minister of Environment during the G20 Youth Summit in Paris.

In 2012 he participated in the Rio+20 Earth Summit as a negotiator for France, and as a member of the UN Major Group for Youth and Children. In 2013 he cofounded Monkey tie, the first online recruitment website based on personality and corporate culture assessment to match candidates and recruiters.

In October 2013, during the One Young World Summit in Johannesburg, he was a speaker about careers and leadership. He also gives conferences and classes for several major French schools and companies.