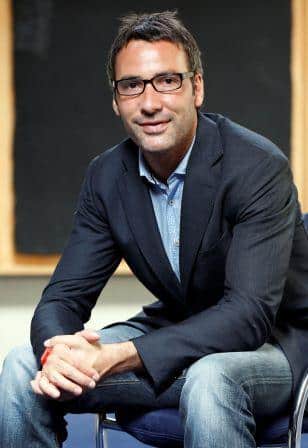 Xavier Verdaguer is a serial entrepreneur from Barcelona who, in the past 14 years, has launched several technological innovation companies. Xavier has degrees in Information Systems Engineering and...

Xavier Verdaguer is a serial entrepreneur from Barcelona who, in the past 14 years, has launched several technological innovation companies. Xavier has degrees in Information Systems Engineering and Technical Architecture from the Universitat Politècnica de Catalunya and has completed graduate studies at Stanford University in California. Xavier began his professional career as an IT Director for Consulting Taller de Ingenierías and at the age of 25 began his career as a serial entrepreneur.

In 1997, at the age of 25, he founded his first company under the brand TMT Factory and BCN Media, which offers Software Engineering and Multimedia Communication services. Xavier was CEO of TMT Factory for 11 years.

Some other projects led by Xavier Verdaguer have also been recognized, such as the "Möbius" Award for best Spaniard multimedia production in 1999, and in 2005, the Barcelona City Council Award for business cooperation with the Fundición Dúctil Benito in the joint development of Smartpoint, an innovative public information channel through displays in public ways.

Xavier Verdaguer currently resides in Palo Alto (California) where he founded Innovaley Inc. in 2010, a company that develops smart clothing merging creativity from Barcelona with the latest American technology. He also founded in Silicon Valley a software development company called Seven4seven and Imagine Creativity Center. The main objectives of Imagine is to generate disruptive ideas to change the world and to change the lives of people involved in the creation of these ideas.

Xavier Verdaguer is also the promoter of Iniciador Silicon Valley, a monthly meeting event for entrepeneurs and member of the San Francisco-Barcelona Sister City Committee, an initiative created to promote the connection between Barcelona and San Francisco through economic, academic, technological and cultural expertise.

As Xavier knows from his own experience, starting up can be sometimes difficult. That’s why he has began as an investor in Lanta Digital Ventures, an economic fund made by entrepreneurs for entrepreneurs. One of their first investments, of 400.000€, has been for a European startup.