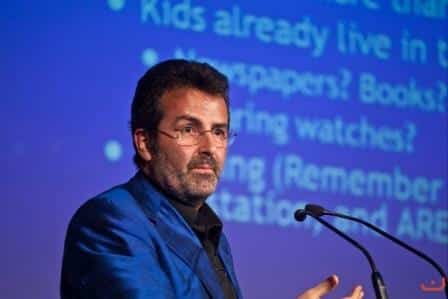 Xavier Sala-i-Martin is the J. and M. Grossman Professor of Economics at Columbia University in New York and the Chief Economic Advisor of the Center for Global Competitiveness and Performance at the ...

Xavier Sala-i-Martin is the J. and M. Grossman Professor of Economics at Columbia University in New York and the Chief Economic Advisor of the Center for Global Competitiveness and Performance at the World Economic Forum in Davos Switzerland. He is also an associate researcher at the National Bureau of Economic Research and a member of the Counseling Board of Telefonica in Catalunya.

Professor Sala-i-Martin has received numerous awards including the King Juan Carlos I prize(awarded by the Bank of Spain, to the best economist in Spain and Latin America), the Arrow Prize awarded by the International Health Economics Organization to the best Health Economist in the World, the Conde de Godó Prize awarded to the best op-ed published in a Spanish Newspaper, and the Lee Hixson and Lenfest Prizes, awarded to the best teacher at Yale University and Columbia University (in all fields) respectively.

With a career spent both teaching, researching world economics, and consulting with governments and international financial institutions (he regularly advises the World Bank and the International Monetary Fund), professor Sala-i-Martin is in the privileged position to be able to offer decision makers wishing to do business in today’s volatile markets essential information on how to be competitive and innovative.

Between 2003 and 2010, Xavier was a member of the board and president of the economics commission of FC Barcelona and, therefore, contributed to the creation of what many experts consider the best soccer team ever assembled. Indeed, in 2009, FC Barcelona won all 6 championships in which it participated. No other team in the world has ever accomplished such a feat.

An experienced teacher, Xavier is able to put across complex ideas in an easy to understand format using colorful and entertaining examples. With a reputation for humorous and enlightening presentations, Xavier is in great demand as a conference speaker at leading financial events around the world.

1. Competitiveness and Growth Strategies
2. Business Innovation
3. The Education Revolution needed for the Globalized World
4. Successful Branding and Business Turnarounds (based on his experience at FC Barcelona)
5. European Economics and the World Financial Crisis
6. Economic Growth and Income Distribution
7. Macroeconomic Stability (based on his experience at the IMF)