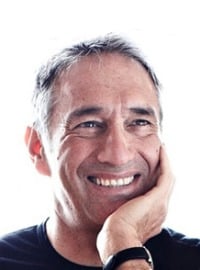 Specialized in Risk Management, Founder and CEO of Zerofootprint

Dr. Ron Dembo is the Founder and CEO of Zerofootprint, a company targeting massive, positive behavioral change. Prior to Zerofootprint, Dr. Dembo was the Founder and CEO of Algorithmics Inc., growing it from a start-up to the world’s largest enterprise risk software company until it was sold to Fitch in 2005 and then IBM in 2012. Algorithmics was recognized as one of Canada’s 50 Best Managed companies during his tenure.

Prior to starting Algorithmics he had a distinguished 10-year academic career at Yale University cross-appointed between Yale School of Management and the department of Computer Science. Dr. Dembo is a sought-after speaker and has authored three books and over 60 peer-reviewed scientific papers.

He has received numerous awards for his work and was honored as a lifetime Fields Institute Fellow for his contribution to Canadian Mathematics in 2007. Dr. Dembo sits on a number of boards including higher education in design, urban issues, architecture and mathematics.