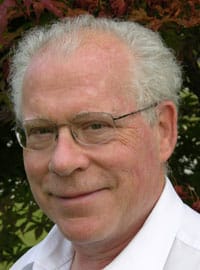 The challenges posed by new technologies and the future

Richard Thieme is an author and professional speaker focused on the deeper implications of technology, religion, and science for twenty-first century life. Thieme's creative use of the Internet to...

Richard Thieme is an author and professional speaker focused on the deeper implications of technology, religion, and science for twenty-first century life.

Thieme has published widely. Translated into German, Chinese, Japanese, Slovene, Dutch, Hebrew, Danish and Indonesian, his articles are taught at numerous universities in Europe, Australia, Canada, and the United States. His work has been frequently anthologized. His column, 'Islands in the Clickstream', has been published in Hong Kong, Bangkok, Singapore, Toronto, Djakarta, Dublin and Capetown and distributed to subscribers in 60 countries.

Thieme's passion for integrating technology and spirituality began in the eighties when he wrote 'Computer Applications for Spirituality: The Transformation of Religious Experience', an essay published by the Anglican Theological Review. He joined Bill Moyers and noted religious scholars in New York to explore religion and technology in the twenty-first century; a book based on that conference includes his 10,000- word essay 'Entering Sacred Digital Space'. He spoke for the ARIL conference at MIT on spirituality and technology.

Thieme has spoken for twelve straight years for the Black Hat Briefings (intelligence and corporate security) and Def Con, an annual computer hackers' convention. He has also spoken for security conferences such as Toor Con, PumpCon, Interz0ne West, SecurityOPUS, Xmas Con (New Orleans 2600), RubiCon, HiverCon (Dublin), ShmooCon, NotaCon and RootFest. He keynoted AUSCERT in Brisbane, Australia in 2005 and 2006 and returned to deliver a closing speech in 2007. He keynoted govcert in The Hague in 2007. He keynoted Wireless Australia 2006 and the ID Management Summit 2006 in Sydney. He keynoted Microsoft Tech Ed in consecutive years and shared the keynote platform at MIS InfoSecWorld with Bob Woodward and NBC’s Roger Cressey. In 2007 he keynoted conferences in Auckland and Wellington NZ and will return to keynote a corporatre/government security conference in Wellington in 2009. He keynoted IT Defense in Berlin in February 2009. He has been invited in addition to speak in Oslo, London, Riyadh, Dubai, Singapore and Beijing.

At DefCon VIII, he moderated a panel that included the Assistant Secretary of Defense, Dir. of Information and Infrastructure Assurance for DOD, and the Dir. of the Federal Computer Incident Response Team who came to 'dialogue' with more than 5000 computer hackers. He was invited to moderate because, according to a National Security Agency officer, "You’re the only one in the room with the acceptance and respect of both the hacking community and the Feds".

1. How to Reinvent Yourself
2. TechnoCultureShock
3. Thinking About the Future
4. Mutuality, Feedback and Accountability: Keys to Individual and Organizational Success
5. Hacking as Practice for Trans-planetary Life in the 21st Century
6. Blending Families and Cultures
7. The Difference it Makes Being Different: Dealing Realistically with Diversity
8. Defending the Information Web: New Ways of Thinking About Security
9. Identity Shift: The Impact of Technology, Bioengineering, and Interplanetary Culture on Human Identity
10. Living on the Edge: The Sources of Creativity
11. Soft Boundaries: Challenges to Identity, Structure and Security
12. Masters of the Unseen: The Art of Information Warfare
13. Hacking UFOlogy: Thirty Years in the Wilderness of Mirrors
14. The Changing Context of Intelligence and Ethics
15. The Stock Market, UFO’s, and Religious Experience
16. Spirituality and Religion in the Digital Era
17. Identity and Self in the Digital Era
Larry Greenblatt, CSO

"Richard Thieme is easily one of my favorite speakers. From the first time I saw Richard giving a speech around 2000, I have been overwhelmed by his incredible ability to weave tales from science and ...

“Maarten has a speaking talent, you don’t often see. His presentation is an unique story about a cancer patient becoming Olympic champion”

Islands in the Clickstream

"Three qualities in Richard have made him an ideal fit to address our technical security audiences: Level of preparation, ability to make complex topics consumable, and his humor & wit. In every ...

"Richard Thieme is easily one of my favorite speakers. From the first time I saw Richard giving a speech around 2000, I have been overwhelmed by his incredible ability to weave tales from science and ...

"Three qualities in Richard have made him an ideal fit to address our technical security audiences: Level of preparation, ability to make complex topics consumable, and his humor & wit. In every case, Richard came well prepared to address the material we had discussed in advance.

In my business, “no surprises” is the key to success, and Richard was always among the most reliable moving parts of our conference. Every fact shared is researched and footnoted, every claim backed up, and every opinion well thought through. His level of preparation makes him predictable. That is an essential quality.

“Mind-bender” and “he really made me re-think how I think” are common remarks from our attendees who hear Richard speak. He has a knack for taking technical topics and boiling them down to essential human concerns, and that sells well among my audience. He is a “futurist” in the truest sense of the word.

Finally, if you need someone to increase the energy of a delegation group, Richard is a great choice. His humor and wit are sophisticated, but really put a room full of professionals at ease. Richard is able to draw from so many experiences outside of technology to bring a lighter side to so many technical topics.

In sum, Richard unfailingly brings inspiration and hope to our audience. Attendees walk out of our events with Richard’s words stuck in their brains, and a sense of what’s possible. They then think of IANS as the source of that inspiration, and that’s good for my business."

"Richard Thieme is easily one of my favorite speakers. From the first time I saw Richard giving a speech around 2000, I have been overwhelmed by his incredible ability to weave tales from science and spiritual journeys together in a way that appear to provide very appropriate, even important lessons for the modern human. A true Renaissance man. Since that time I have read many of his writings and have seen him speak in person and on the net and he has never let me down. Always very informative, relevant, unpredictable and thoroughly entertaining.

I was thrilled when Richard agreed to speak at events sponsored by my information security company, InterNetwork Defense, in 2004 and again in 2008. In both occasions he managed to exceed expectations. It is truly an honor to say that I twice shared a stage with a man I consider to be, one of the great thinkers of the cyber-world. I cannot say enough to express my gratitude and respect for Richard and his work. I look forward to working with him again."