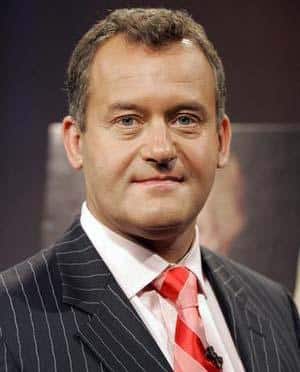 Over the course of 21 years, Paul Burrell rose from member of the Royal household staff to personal attendant to the Queen of England and then butler to the Prince and Princess of Wales. Ultimately,...

Over the course of 21 years, Paul Burrell rose from member of the Royal household staff to personal attendant to the Queen of England and then butler to the Prince and Princess of Wales. Ultimately, he became the trusted personal assistant and confidante to the late Diana, Princess of Wales. In 2003, he published his autobiography, A Royal Duty, a New York Times number 1 bestseller, which includes his personal account of his Royal service and his close friendship with the late princess, who was arguably one of the world’s most popular and beloved public figures.

In 21 years of service to the British Royal family, Paul Burrell worked closely in and around some of the most beautiful homes and palaces in England. In actuality, his travels included far more than Great Britain and Europe, as his years of service gave him first?hand exposure to some of the most interesting houses in virtually every corner of the world. His exposure to fine homes, priceless art collections and furnishings has provided Burrell with all manner of expertise, and he has become a taste arbiter and expert in food, wines, furnishings, flower arranging, etiquette and entertaining, especially in the English style.

“During my 21 years of service to the Queen and the Duke of Edinburgh, and the Prince and Princess of Wales, I have been fortunate to witness the ultimate in stylish and elegant entertaining, from private and intimate family occasions at Sandringham and Highgrove to grand and lavish State Banquets for presidents, kings and queens. My memories of such events have led me to want to share my experiences,” Burrell says.

Paul Burrell’s childhood was humble – what he calls “a far cry from the luxury of Buckingham Palace.” He was born, on June 6, 1958, into a working?class family and lived in a small terraced house in the village of Grassmoor, a coal?mining community in the north of England. He recalls his first visit to London with his family at the age of eight, watching the Changing of the Guard at Buckingham Palace and turning to his parents saying, "One day I'm going to work here." His childhood wish came true, and during his years of service, he rose to one of the most prestigious levels in the Royal Household and then trusted butler to the heir to the throne.

“After only a year, I began serving the Queen personally and soon began travelling with her and Prince Philip to almost every corner of the world,” Burrell says. “My experiences from Royal tours will remain with me for the rest of my life. From walking along the Great Wall of China with the Queen, to a visit to the remote South Pacific Island of Tuvalu aboard the Royal Yacht Britannia or a visit to the Tutankhamen exhibition in Cairo with the Princess of Wales – each tour was unique and holds very special memories. During my career with the Royal Households, I was given many opportunities to see the world and experience situations that I could otherwise only have imagined. I attended and participated in the organization of Her Majesty’s State Banquets and receptions for world leaders and heads of state, including the visits of President and Mrs. Reagan at Windsor Castle, and the visit of his Holiness Pope John Paul II at Buckingham Palace.”

In 1987, Paul Burrell was asked by the Prince and Princess of Wales to join their household at Highgrove House in Gloucestershire. It was there that he became butler to the most famous couple in the world and responsible not only for their private entertaining at home and abroad but also on official and private visits.

Five years later when the Royal couple separated, Princess Diana was asked to compile a list of everything she wanted to take from Highgrove to her apartment in Kensington Palace. “Some time later I learned that at the top of her wish list was my name,” Burrell adds. “For me, the Princess was the personification of style, but it was also a privilege to serve and to know such a unique and inspirational human being. One of the many things I learned from her is that simplicity is often the most tasteful and attractive approach to entertaining.”

As recognition of his service to the Royal Family, Paul Burrell was decorated by the Queen with the Royal Victorian Medal at an investiture at Buckingham Palace in November of 1997. “I will treasure this proud moment, which I shared with my family, for the rest of my life, in the knowledge that I am the only person to have been awarded the RVM for service to Diana, Princess of Wales.”