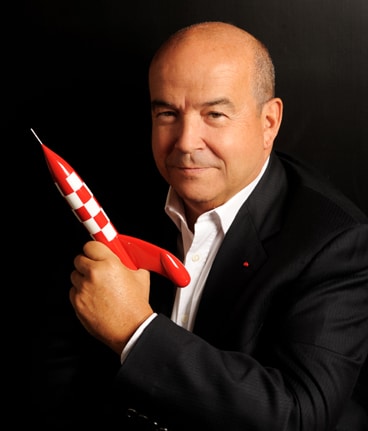 Patrick Baudry is the most renowned French astronaut, and a retired Lieutenant Colonel in the French Air Force.

Patrick Baudry is the most renowned French astronaut, and a retired Lieutenant Colonel in the French Air Force.  In 1985 he became the second French citizen in space, after Jean-Loup Chretien, when he flew aboard NASA's Space Shuttle mission STS-51-G Discovery.

Baudry became a CNES astronaut in 1980. For two years, he trained at CNES and at Star City near Moscow. He was a member of the back-up crew of the French-Soviet mission and was trained for scientific experiments in the fields of physiology, biology, materials processing in space, and astronomy. He was selected from a pool of 2000 candidates to take part in the Interkosmos - CNES orbital space mission.

In 1984 he joined the Johnson Space Centre, Houston, Texas. After a year of training, he was assigned to the Mission 51-E and then to the Mission 51-G. The main objective of the mission, was to deliver three satellites into orbit. Baudry had responsibility for a scientific and medical programme for French and American research laboratories.

At the peak of his space career, Baudry flew as a payload specialist on STS-51G Discovery (June 17-24, 1985). The international crew aboard Discovery deployed communications satellites for Mexico, the Arab League, and the United States. They deployed and later retrieved the SPARTAN satellite, which performed 17 hours of x-ray astronomy experiments. In completing this flight, Baudry travelled 2.5 million miles in 112 Earth orbits, logging over 169 hours in space.

In 1986 he was appointed Adviser to the Chairman of Aerospatiale Company. He was the test pilot for the European space plane Hermes. From 1993 to 2003, Baudry was advisor for manned space flights at EADS, and senior test pilot for Airbus. He founded the first European Space Training Centre in Cannes for preparation for life in space.

"Flying in the sky and space allowed me to change my outlook on the world. Risk, appetite and discovery, team spirit, solidarity, protection of life and the environment are values that I share today through my books and lectures that I lead."

1.   Entrepreneurship, excel in taking risks
2.   Raise the conquest; how to advance to a higher level of knowledge and technology
3.   Achieving excellence in your business and organisation
4.   The man and the team
5.   Space and medical science
6.   Overcoming the earth gravity
7.   Counter the effects of weightlessness on the human body
8.   Area’s of competence of research
9.   Psychological research: a key element of the knowledge of human
10.   Our Earth as a planet to maintain
11.   Life during a space flight and seeing Earth from outside