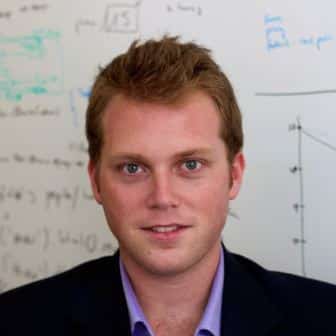 Pablo Pantaleoni is a young economist and entrepreneur. He graduated in Economy and Business Administration by Universitat Pompeu Fabra and also has a Master on Creating Internet Business by the...

Pablo Pantaleoni is a young economist and entrepreneur. He graduated in Economy and Business Administration by Universitat Pompeu Fabra and also has a Master on Creating Internet Business by the Universidad Ramon Llull.

As an economist, he has worked for banks and brokering firms, specializing in international markets. He also has experience organizing congresses and international events, holding a high responsibility position and managing big teams. Among others, he has worked for the United Nations, GSMA, Morgan Stanley, IBM and Cisco Systems. In his second year at University, he founded his first start-up, Apartyment. It offered a personalized search of accommodation, language courses and internships in several enterprises through an online platform for young European students. He created and managed a commercial network in more than 40 cities in 14 different European countries. At the end, he decided to sell the company in order to finish his studies.

In 2011 he decided to quit his job to found with Jacob Suñol, Medtep. The aim is to empower patients by improving the communication between them and their doctors. Several clinics, patients, pharmaceutical companies and sportive organizations all over the world use the platform. Pablo is responsible for both commercial and financial areas within the business as well as the business development department.

Pablo Pantaleoni is an enthusiast with young entrepreneurs whom are starting projects and also with the promotion of entrepreneurship in different fields. He is the president of a non-profit organization with that aim. He has also been a speaker in congresses and colleges.