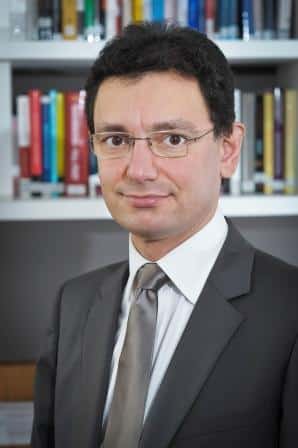 Nicolas Véron is a senior fellow at Bruegel, in Brussels, and a visiting fellow at the Peterson Institute for International Economics, in Washington DC. His research focuses on financial systems and ...

Nicolas Véron is a senior fellow at Bruegel, in Brussels, and a visiting fellow at the Peterson Institute for International Economics, in Washington DC. His research focuses on financial systems and financial regulation around the globe, including ongoing developments in the European Union. He was a cofounder of Bruegel starting in 2002, initially focusing on Bruegel’s design and seed fundraising, operational start-up in 2005, and development, and then on policy research since 2006-07. He joined the Peterson Institute in 2009 and now divides his time between the US and Europe.

Véron has authored or co-authored policy papers on a range of topics including banking supervision and crisis management, financial reporting, international financial authorities, the Eurozone policy framework, and economic nationalism, and has testified several times in front of committees of the European Parliament and US Congress. His publications also include Smoke & Mirrors, Inc.: Accounting for Capitalism, a book on accounting standards and practices (Cornell University Press, 2006), and several books in French.

His prior experience includes working for Saint-Gobain in Berlin and Rothschilds in Paris in the early 1990s; economic aide to the Prefect in Lille (1995-97); corporate adviser to France’s Labour Minister (1997-2000); and chief financial officer of publicly-listed MultiMania / Lycos France (2000-2002). From 2002 to 2009 he also operated an independent Paris-based financial consultancy.

Véron is a member of the Business and Economic Advisory Group of the Atlantic Council, of the Corporate Disclosure Policy Council of the CFA Institute, and of the Accounting and Auditing Practices Committee of the International Corporate Governance Network. A French citizen born in 1971, he has a quantitative background as a graduate from Ecole Polytechnique (1992) and Ecole Nationale Supérieure des Mines de Paris (1995). He speaks fluent English, French, German and Spanish.