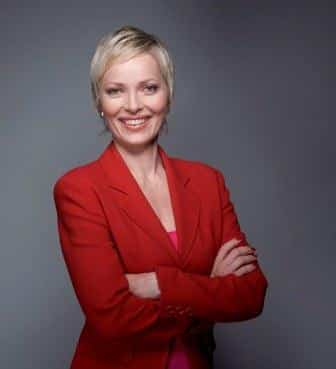 Judith Bogner is a well-respected financial television presenter and experienced event host for the corporate world. For more than ten years she was one of the main European anchors of the financial news channel Bloomberg Global Television. Her latest project is the creation of empowerment ...

Judith Bogner is a well-respected financial television presenter and experienced event host for the corporate world. For more than ten years she was one of the main European anchors of the financial news channel Bloomberg Global Television. Her latest project is the creation of empowerment workshops for corporate clients.

Between May 2001 and October 2011, she anchored and reported for many of Bloomberg's top European-based programs both in English and German language. She also regularly delivered business news updates for partner media outlets such as Bloomberg UTV India, Bloomberg HT Turkey, N24 and F.A.Z. Radio in Germany.

Her experience extends over a wide range of topics from developed economies to emerging markets, from corporate and business stories to politics and economics. One area that has always remained of special interest for Judith is China as a result of her university studies and work experience in Shanghai and Taiwanese family background.

The Global Financial Crisis that began in 2007 with increasing losses by investment funds from mortgage-backed securities took her career as financial news presenter to a whole new level: during 2008 and 2009 she hosted "Credit Quake: Europe on Edge", a series of special shows that covered all aspects of the Subprime Crisis, the collapse of Lehman and the subsequent fallout in financial markets. The program was shortlisted for the 2009 AIB Awards.

Judith regularly moderates events for corporate clients and chairs discussion panels in the financial industry. Among others, she has appeared at the prestigious annual Luxembourg Financial Forum and the Euro Finance Week in Frankfurt. Her list of clients includes Luxembourg for Finance, the Dutch development bank FMO, State Street Germany and Allianz Global Assistance.

Prior to her career as financial news presenter and event host, Judith has worked in banking, tourism, transportation and the fashion industry.

Judith studied in Germany and China and holds a degree of Bachelor of Arts from the University of Applied Sciences in Bremen and a degree in Hotel Management. She was born in Germany and is currently based in London. She has lived in China, Ukraine, France, Italy and Switzerland. She is bilingual in English and German, she also speaks Italian, French and Mandarin Chinese and has some knowledge of Spanish and Russian.