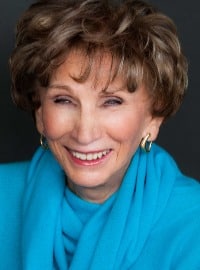 Dr. Edith Eger is a sought-after clinical psychologist and lecturer, helping individuals discard their limitations, discover their powers of self-renewal, and achieve things they previous thought...

Using her past in the heinous Auschwitz death camp as a powerful analogy, she inspires people to tap their full potential and shape their very best destinies. It's a message of healing and personal growth. A message of freedom from self-imposed limitations. A message that helps people build character, deal effectively with life's events, and enrich the lives of others

A native of Hungary, Edith Eva Eger was just a young teenager in 1944 when she experienced one of the worst evils the human race has ever known. As a Jew living in Nazi-occupied Eastern Europe, she and her family were sent to Auschwitz, the heinous death camp. Her parents lost their lives there. Toward the end of the war Edith and other prisoners had been moved to Austria. On May 4, 1945 a young American soldier noticed her hand moving slightly amongst a number of dead bodies. He quickly summoned medical help and brought her back from the brink of death.

Dr. Eger is a prolific author and a member of several professional associations. She has a clinical practice in La Jolla, California and holds a faculty appointment at the University of California, San Diego. She has appeared on numerous television programs including Oprah Winfrey and was the primary subject of a holocaust documentary that appeared on Dutch National Television. She is frequently invited to make speaking engagements throughout the United States, Mexico, and abroad.

1. Art of Survival
2. Coping with Stress
3. Help for the Caregiver
4. Finding Power from Within
5. Spirituality and Sexuality
6. Turning Life Into a Constant Celebration
7. Your Job Versus Life's Work
8. The Freedom of Choice
9. The Battered Wife Syndrome
10. How to Break Your Barriers