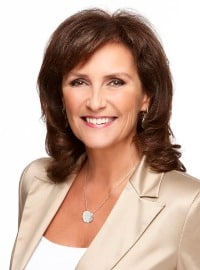 Astrid Joosten started her television career in 1984. She began working at Vara, nevertheless soon after she got an offer from another Dutch broadcasting station: Tros. Joosten had her big...

Astrid Joosten started her television career in 1984. She began working at Vara, nevertheless soon after she got an offer from another Dutch broadcasting station: Tros. Joosten had her big breakthrough with her innovative program ‘Jongbloed en Joosten’ (‘Young blood and Joosten’). Although the program was a major hit, at its highest point of success, Joosten decided to take a step back and quit the program: a great loss for her fans.

In 1990 she returned to Vara, where she made numerous programs. Amongst others ‘De Verleiding’ (‘The Temptation’), about advertising. A turning point in her career was whilst hosting programs, such as: ‘De show van je leven’ (‘The show of your life) and ‘Oog in oog’ (‘Eye to eye’). From this point on, she exclusively applied herself to interviewing. In these programs she portrayed well known Dutch people: Wim Kok, Louis van Gaal, Ayaan Hirsi Ali and Harry Mulisch. Furthermore, Joosten has also been the familiar face of the quality quiz ‘Twee voor twaalf’ (‘Two to twelve’) for the last 20 years.

Since 2009 Joosten presents her self-invented television program ‘Alles draait om geld’ (‘Everything revolves around money’). A bulls eye in this time, according to the 25 percent market share of this program on Dutch television. In 2011 she started with the TV-show '"Kannietwaarzijn'.

Joosten likes to bury herself into a subject and to channel panel discussions.