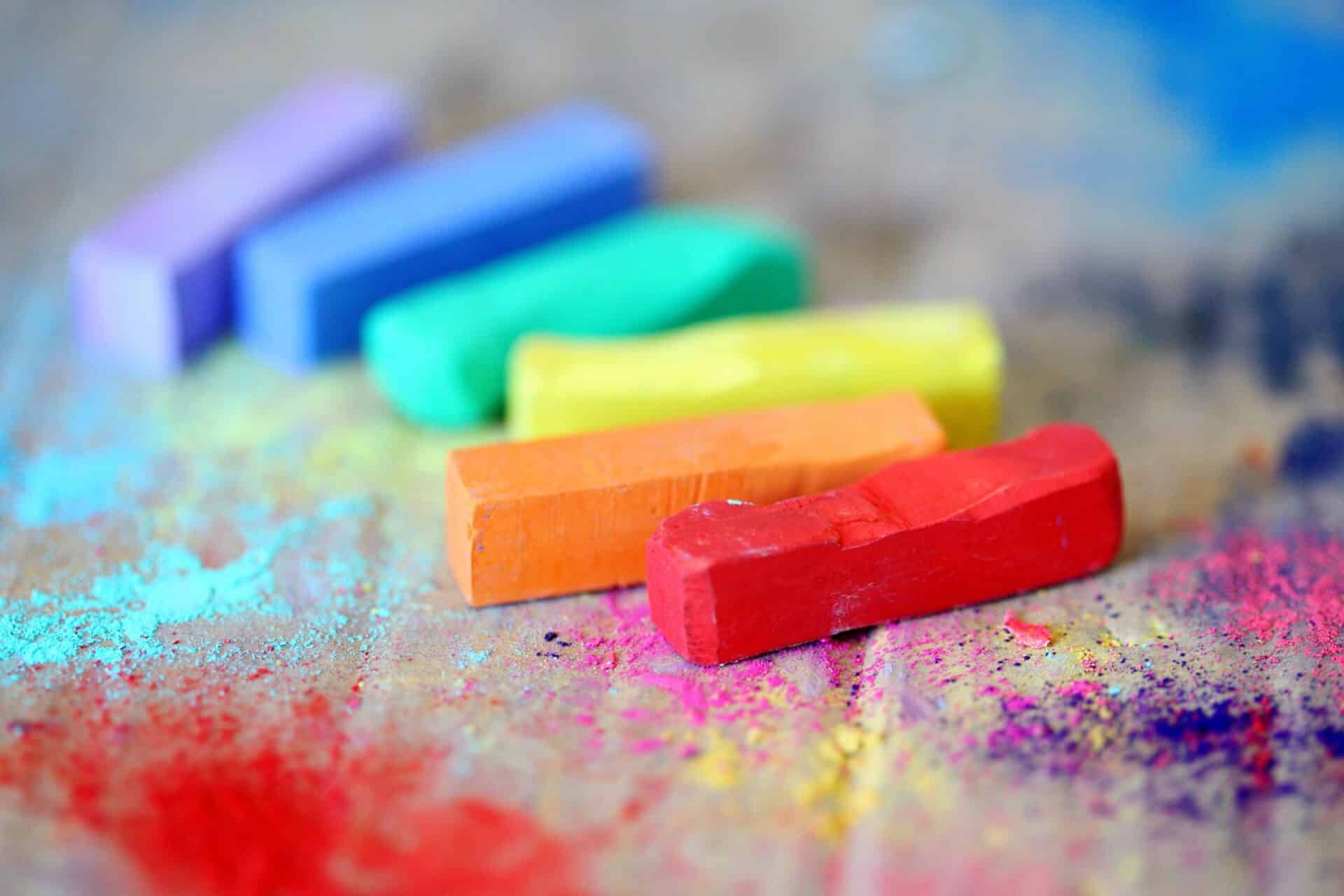 Diversity makes companies more successful and society more social. Good leaders do not exclude anyone and encourage involvement. They look at people’s talents, regardless of their gender, race, age or orientation. That is quite an achievement, because a small part of our brain is responsible for the fact that everyone holds unconscious beliefs about various social and identity groups, and therefore fears people with a different background, sexual orientation, culture or colour. Kay Formanek, founder/CEO of KAY Diversity & Performance, explains that those who are aware of their unconscious bias, are more often open to more diversity and willing to give more talented individuals a chance.

Kay Formanek knows what diversity means. As a child she grew up in apartheid-torn South Africa, but was fortunate enough to visit one of the few private schools where ‘all the colours of the rainbow’ were welcome. Therefore, stereotypes about people with a different background or culture had no chance to nestle in her brain. As a girl, she did not understand at all that people were not allowed to travel on the same bus or live in the same neighbourhood as she did, just because they were black. At a very young age, she already knew that this was not okay, and did not want to be influenced by prejudices, of which many other people weren’t even aware.

Nelson Mandela, who was imprisoned for many years on Robben Island as an alleged terrorist, became a statesman after his release, full of forgiveness and able to unite the various ethnic groups in his country. “From this heritage stems my passion for diversity and the creation of a world in which no one excludes others”, says Kay. “I have always wondered why we don’t accept people who are different from us. The answer to this question lies in our incredible brain. That is why I focus on neuroscience and unconscious bias.”

“Worldwide, diversity increases creativity, innovation, growth and involvement and improves financial returns. Being scared of people who are different, often means that leaders of organisations do not broaden their views and favour new employees from backgrounds they are already familiar with”, Kay explains. Employees too prefer to work with people who resemble them. They exclude, often without realising it, others who are therefore unable to use or develop their talents and do not get a chance to contribute to diversifying the organisation.

This means that a lot of potential disappears unnecessarily. “The cause is hidden in everyone’s brain: our triune brain according to Dr Paul MacLean, which consists of the reptile brain (survival, reproduction, instinct), the limbic brain (emotions) and the neocortex (intellect, learning ability, language, memory), of which the prefrontal cortex (planning, goals, action) is a part.

Unconscious brain is in control

The unconscious primal brain (consisting of the reptile and limbic brain) is in control and determines for 90 percent what we do based on a simple set of rules; often as a spontaneous reaction to events or danger. This still translates into fear of people and situations that are different from what we know. According to Kay, this is the ancient source of all kinds of prejudices of which we are not aware, but nevertheless influence, for example, the way we are looking for new personnel.

“Our instinct says ‘they are different. They can be dangerous. Maybe I don’t want those people in my company’. It is important for leaders to realise that this also happens to them, which will enable them to create space to switch between the reptile and limbic brain and the prefrontal cortex, allowing them to appreciate and implement diversity. The easiest way to switch is to pause and reflect from time to time while breathing or meditating deeply.”

The set of rules, which determines our approach, is divided into two parts. System 1 is in our reptile and limbic brains. This primal brain automatically monitors the patterns of behaviour that should protect us when we feel unsafe, for example, in threatening situations that occur at work or in society. The limbic system (‘monkey brain’) is fed by emotions and determines how we react to danger: fighting, fleeing or freezing. This part of our brain is characterised by a fleeting, mostly unfounded way of thinking and is responsible for the unconscious biases we have against people who fall outside our own group. Although we think we make our own choices, in fact they have already been made for us.

‘The unconscious primal brain is in control and determines for 90 percent what we do, based on a simple set of rules’

“The ruleset does adapt as society changes. Nowadays, women no longer have to accept their husband’s name after marriage. When we are used to that, it means that our brain has been re-programmed and will now respond to the new rule. This does not automatically mean that more women will appointed to leadership positions or get paid the same salary as their male colleagues. Unlike Sweden, the Netherlands do not have a quota system in place, and have not incorporated this rule in their rule set.

“Step 1 should therefore be to switch to system 2 , the rational way of thinking from the prefrontal cortex, which makes it possible to recognise our faulty logic and transcend unconscious biases in order to work on diversity. In other words: Business leaders who want to attract diverse talent should be aware of the power of diversity and the fact that our primal brain tends to exclude people who are different. Therefore, they need to develop skills that activate their frontal cortex”

Multitasking is also an expression of being unconscious. “Some companies assess new talents by discussing their files during a telephone conference. This sometimes even happens when the participants in the conversation are driving and call in from their cars. Of course that does not work very well, because our brains are actually not able to do several things at the same time. While driving, the rational part of the brain is occupied with the primary task: driving the car. When there is a question about the talent of the candidate concerned, system 1 in fact provides a fleeting, unconsciously biased answer.

My advice to customers: don’t drive a car and don’t use devices, like iPads and smartphones, when you are discussing new talented people. Switch to the system 2-brain, and be aware of the prejudices and take the time and space to have a real, substantive and pure conversation about that talented individual.” Make a choice, consciously. “Then you realise that diversity, by choosing people who are different from you, is more of an enrichment than a problem for your company.”

Kay Formanek draws a diagram in which the different phases of awareness are clearly visible and how skills are linked to being conscious or not, varying from unconscious and not skilled to conscious and excellent. “Looking at diversity and leadership, I often explain during my lectures what it means when people are unconsciously incapable, because they don’t know what they don’t know. For example, that they are unconsciously biased and their reptile brain determines how they react. Then I recommend that they should do a bit of self-education and learn to switch. I hope that, after the end of a lecture, my audience will realise that they indeed react unconsciously and can change things.”

Self-education also means that directors and managers must be prepared to adapt the protocols and rituals within their organisation in order to create room for making good decisions. Ultimately, the new way of thinking will be anchored in their behaviour and they then will be able to consciously excel without doing things at the same time.

“Thus, when going through a file, do not immediately ask for demographic data, because that is what the reptile brain responds to. Instead, determine who the best talent is for the company and why. Then you look at the profile that goes with it. Should they really be a graduate engineer? The criteria have then been established, but what about the distribution of men/women, or natives/immigrants,for example? Ideally, it should be 50-50. Research shows that when the company consists of a majority of men, white and elderly people, the reptile brain makes diversity seem less important.

“Good leaders do not exclude anyone and encourage involvement.”

Companies can really do something about this, but only if the management understands that unconscious bias plays a role and why that is. One way could be to ask applicants to submit a CV without mentioning name, gender, background or age, so that companies are forced to make an honest choice based on qualities, specialisations and experience.

This example from the 1970s shows that it works: “Of every hundred musicians in symphony orchestras, only five were women. The orchestras wanted more women and wondered if they were not hired because they were women. It was decided to hold a blind audition. The jury could not see the candidates, who were behind a black screen and had taken off their shoes, and did not know whether a man or woman was playing. This method increased the number of female musicians from five to 35 percent within ten years. So, the reptile brain had been fooled, but it was also proven that it has great influence on the unconscious bias with which business people judge people.”

Kay Formanek also talks about how companies can do more to attract and retain women to positions in Science, Technology, Engineering and Mathematics (STEM). “The Netherlands want to be the world’s leading digital economy. This is possible, because the country has an excellent IT structure. However, the problem is a large shortage of skilled people, which has created an imbalance between supply and demand. One of the main reasons is that organisations do not do enough to proactively approach women for a STEM position and that many women drop-out too often throughout their career cycle. I describe that as a leak in the pipeline. This situation is partly the result of unconscious prejudices that confirm entrenched views, such as ‘men are better than women in ICT’.

Moreover, research shows that, despite many efforts, too few girls opt for a STEM study programme.“ Based on her passion, Kay shares with her audiences what companies and leaders can do to make optimal use of the arsenal of women that are available and to nurture their talents. “That creates an enormous amount of value.” She emphasises that the same applies to cyber security, where unconscious biases also cause organisations to look for men aged 40 and over, with a military background or a degree in computer science. “That shouldn’t be happening anymore. If we really want to create a safe living environment, diversity is desperately needed, both in terms of talent and profiles.” Speakers Academy's knowledge of the market is indispensable to me

"An economist should, of course, be able to take care of his own affairs. But nothing could be further from the truth. Without Speakers Academy's advice, network and professional services, I wouldn't have been able to contribute to so many interesting and inspiring events. Their conditions are extremely clear and their knowledge of the market is indispensable to me. "