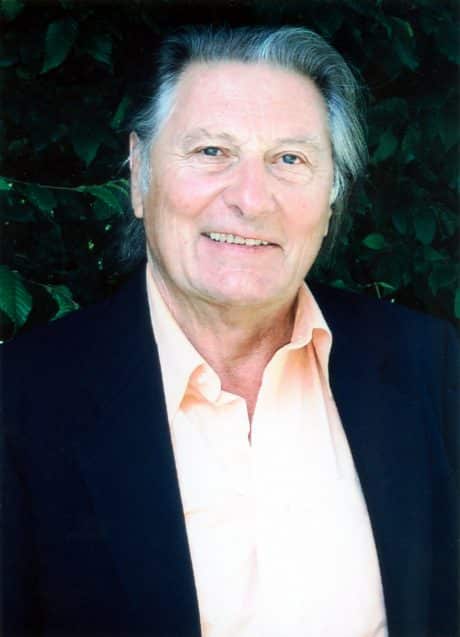 Sylvain Saudan was born in Lausanne in 1936. He was the first person to attempt extreme descents. He was nicknamed by the media “The Skier of the Impossible” when he skied down “Couloir Gervasutti” in the Alps, a corridor whose slope average is 65 degree.Saudan was born in a rather poor ...

Sylvain Saudan was born in Lausanne in 1936. He was the first person to attempt extreme descents. He was nicknamed by the media “The Skier of the Impossible” when he skied down “Couloir Gervasutti” in the Alps, a corridor whose slope average is 65 degree.

Saudan was born in a rather poor family who lived in the mountains of Valais. Life was not easy. In summer, at the age of 7, Sylvain kept a few cows in the mountain pastures, being alone with his dog, for 2 months. His father would visit him every 15 days. To go to school was not either an easy job, descending to the village through avalanche corridors and steep slopes. In spite he and his brother were part of a regional ski team and doing quite well, his parents had no financial means to follow up due to the cost of the required equipment, of the traveling, of the fee, etc. There was no sponsoring or facilities at that time.

Willy Favre, who years later became Olympic champion, was also part of the same regional team. Saudan was as good as him, but had to renounce and became a ski teacher in Crans-Montana. By curiosity, during summer in our hemisphere, he went to Australia and New Zealand, to watch the training of the international teams. He noticed that as soon as the snow was not optimal, crusty or sticky, the best champions of the time were regularly falling. He then decided that he would not fall and started training in all kind of snow conditions, untill he could achieve his bet. By then he had come up with a new technique, the so-called "windshield technique", which gave him the confidence that he would not fall whatever the snow conditions, whatever the slopes.

Couloir Whymper was his first test. The rest is a success story made by a man who knows his possibilities, his limits and who is in total symbiosis with the mountains.

The list of his exploits is outstanding, after his descents in the Alps on the steepest slopes: Couloir Whymper, Couloir Gervasutti, Couloir Marinelli, The Eiger, Mount Blanc and Aiguille de Bionnassay. He also climbed down and skied: Mt Mc Kinley in Alaska (6187m) in 1972, Nun Kun in Kashmir (7035 m) in 1977 and Gasherbrum 1 in Pakistan (8068m) in 1982.

Sylvain Saudan was skiing with 2.10 meters skis in order to hold on ice, and with the first Salomon bindings which he tightened at the most. The equipment technique was not at that time what it is today.

2 books have been written on his exploits: Sylvain Saudan “Skieur de l’Impossible” and Victoire à ski sur l’Himalaya: 8068 ms”. Also, fivemovies have been shot on his descents.

After his descent of Nun Kun in Kashmir, S. Saudan was offered to promote Kashmir and opened the first heliski base in the Himalayas: Himalaya Heliski, with a ski domain as large as the North and South Alps together.

However all success stories have their draw back. For Saudan the draw back was the accident which happened in 1979 on the slopes of Daulaghiri (Nepal), an 8160 ms peak. The accident occurred at 7600 ms: 3 members of the expedition were lost, 3 survived. The mountain had denied its access. The 3 survivors, Sylvain Saudan, Marie-José Valençot and Jean-Pierre Ollagnier were believed to be dead, due to the weather conditions and the impossibility of launching any rescue. They finally reached the base camp in the morning in which the remaining team members had decided to go back, and dismantle the camp. 4 days spent between 7600 and 6000 ms, in bad weather and heavy snow, without food, without tents, without any stove and with already frozen hands and feet. The 3 survivors, 3 years later, were at the top of Gasherbrum 1, an 8068 ms peak.

Sylvain Saudan is before all an adventurer, a man who has opened the door to a new generation of extreme skiers and free riders. Nobody had dared, not even thought, to attempt what he did. For Saudan it was a total discovery, a pure challenge, with the risks involved as: fall=death. Today, everything is planned, you could even talk to you dear ones from the top of Everest, or ask for rescue, giving your GPS position from one end of the world to the other. By then, which is not so long ago, these communication means were not yet facilitated. You had to manage by yourself and count on you and your team only, when assaulting the highest mountains of the world.

Sylvain Saudan is called by companies such as Caterpillar, Klein Smith, Credit Suisse, for motivation lectures.