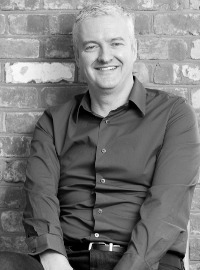 Steve Bustin is a speaker, consultant and journalist, combining business experience with communications flair. He helps individuals and organisations communicate through the media and with each other.After many years as a broadcast journalist for BBC News, during which time he interviewed everyone ...

Steve Bustin is a speaker, consultant and journalist, combining business experience with communications flair. He helps individuals and organisations communicate through the media and with each other.After many years as a broadcast journalist for BBC News, during which time he interviewed everyone from Prime Ministers to pop stars, Steve was headhunted to become PR Director of a lifestyle dotcom, going on to form his own agency offering PR and media training.Steve is now in demand as a speaker and event host or compère. He speaks on how businesses communicate, focusing on the media (promoting yourself as a media expert, how to give great media interviews and on promoting your business through the media and PR.He is a Fellow of the Professional Speaking Association and in 2013 won the London Professional Speaking Association Speaker Factor competition.Steve has spoken at conferences at Excel, Olympia and The NEC as well as many events for small businesses. He has specialisms and experience in the health and medical sector and also the wastes management and recycling sector and regularly speaks to these audiences.Steve has also compèred and chaired events at The Barbican Hall, Queen Elizabeth Hall and several West End theatres as well as acted as MC for conferences, awards and cabarets.As a consultant and coach, Steve has worked with organisations including The Guardian, MTV, Spire Hospitals, Arcadia...Steve is also a visiting lecturer in communications in the business school at The University of Brighton and his media training was featured in the Channel 4 series Make Me a Million.In 2015, Steve Bustin has been named Speaker of the Year 2015 by the UK Professional Speaking Association.

1.   Are you ready for your close-up? YOU can be a media expert.
2.   One interview, an audience of millions: How to be a great media interviewee and see results for your business.
3.   DIY Public Relations: Get your name in the papers for all the right reasons.
4.   Who are YOU? Introduce yourself and your business with impact in any situation from networking to network television.
5.   Are your tweets too tame? Move your social media from selfies to sales.