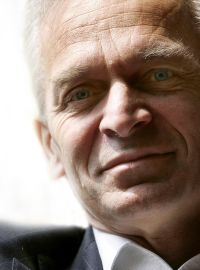 Prof. mr. Nico Roos was a professor of Metajuridica (philosophy and sociology of law) at the University of Maastricht since 1985. He left in 2004, 55 years old, out of dissatisfaction with the...

Prof. mr. Nico Roos was a professor of Metajuridica (philosophy and sociology of law) at the University of Maastricht since 1985. He left in 2004, 55 years old, out of dissatisfaction with the growing bureaucracy at the university, that undermines the academic freedom of education and research. The university has become a factory and is no longer a safe haven for intellectuals. In a farewell bundle some of his befriended peers wrote: "Nico Roos has always been an outsider with respect to a university organisation that is characterised by hierarchy and ruling. He did not want to be part of any 'incrowd'. Passionate, obstinate, challenging, confronting and controversial, he always wants to go where no one has gone before. He is not inclined to compromise on scientific points of view or faculty issues. Nico has always said what he had to say and will go on doing so. He battled indefatigably against dogma's, platitudes and hypes."

He also expressed his opinion in regional and national newspapers on topics such as identification obligation, the monarchy, Srebrenica, El Moumni, the trial against Volkert van der Graaf (Pim Fortuyn's murderer), taxes, the death penalty, the euthanasia pill, the war in Iraq, etc. He rejected the European Constitution, that would have made the lack of democracy in the European Union worse.

Dutch democracy has plunged back into an 'incrowd'-democracy in which professional politicians are interested mainly in publicity and their careers. They bump from incident to incident, but seem to be hardly interested in the future of the Netherlands. He considers the way we have dealt with the European Constitution to be a sad example. During negotiations, the Dutch government has bartered away all Dutch interests that were directly or indirectly linked to the Constituation, including the issue of the Stability Pact and the disproportionate Dutch financial contribution to the EU. Political parties had said yes to the European Constitution, without consulting their party members.

Nico Roos gives lectures on diverse social topics. To him, fascinating themes are the future of the European Union, democratic reform, and simplification and justification of taxes. Ignoring the 'multi-culti'-debate, Nico Roos confronts his audience with themes like 'does the Western culture exist?' or 'Crime and punishment as a monotheistic paradox'. He expresses his opinion on the great contrasts he has found in Western culture, and addresses ethical subjects such as abortion, animal rights, euthanasia and the death penalty. Nico Roos has clear and original answers and hopes people will think about what he has said and advocated. That's the reason why he enjoys being a chairman as well.