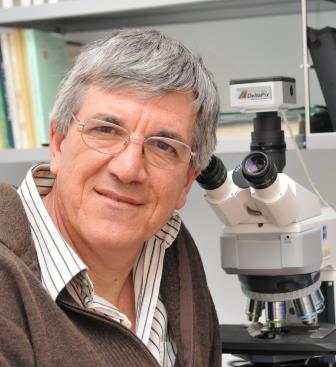 Narcís Prat is the leading professor of the FEM, the Freshwater Ecology and Management Research Group, for the Ecology Department at the Universitat de Barcelona. This group specialises in ecology...

Narcís Prat is the leading professor of the FEM, the Freshwater Ecology and Management Research Group, for the Ecology Department at the Universitat de Barcelona. This group specialises in ecology of rivers and lakes, including biological indicators of water pollution, eutrophication of reservoirs and large rivers using mainly macro invertebrates.

Narcís Prat is member of the board of the SETAC group – their focus lies on creating awareness regarding the issue of salinization of rivers and the effects this could have on freshwaters.

Narcís has a large experience as a professor and in giving conferences about topics related to ecology. In cooperation with the research group he is leading, he has published several articles on topics related to the “Effects of Fire on Mediterranean Streams” and also “Salinization of Freshwaters, a Global Issue”.

The FEM investigates the effects of forest fires on Mediterranean streams. Their current work is being done in several countries in Europe; mainly in Spain, but also abroad in countries such as Ecuador, Colombia and Peru. The research group has been working in dry land rivers for many years and they are involved in the European project MIRAGE (Mediterranean Intermittent Rivers Ecology and Management).

1. River Ecology, Including Rivers in the Andes and in the Mediterranean Zone
2. Integrated Water Basin Management
3. Virtual Water and the Importance of Water as a Key Element for Feeding the Humanity
4. Pollution of Rivers and Reservoirs
5. Effects of Fire on Mediterranean Streams
6. Salinization of Freshwaters, a Global Issue
7. The Water Cycle and How to Use the Bill of Water to Understand the Urban Water Cycle