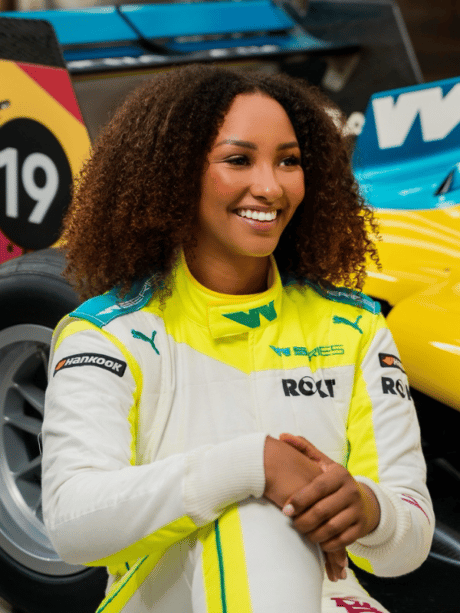 Naomi Schiff is a Rwandan-Belgian female racing driver and television presenter. She was born in Belgium, to a Belgian father and Rwandan mother, grew up in South Africa, and now lives in Paris.

Naomi started racing at age 11 in Karts and over the years progressed to single seater, prototype and GT racing championships internationally.

She won the 2014 Clio Cup China Series in 2014 with seven wins from ten races, her success earned her a 5 year contract with a German racing team, racing the KTM XBOW GT in the GT4 European series, the 24hr series and the Xbow battle. Naomi won the 2018 KTM XBOW battle Sprint championship and finished and in the endurance championship.

Naomi competed in the gruelling 24 Hours of Nurburgring in 2018, widely considered one of the toughest in the world, alongside Le Mans, and finished an incredible second in class.

In 2019, she was selected to compete in the inaugural W Series championship and became an ambassador and presenter for the W Series in 2020.

In February 2022, Naomi presented the Mercedes AMG Petronas F1 Team car launch for the Mercedes W13 alongside Natalie Pinkham. The following month, she was announced as co-presenter on a new Sky Sports F1 show Any Driven Monday and also joined the 2022 Sky Sports F1 team as an Analyst.