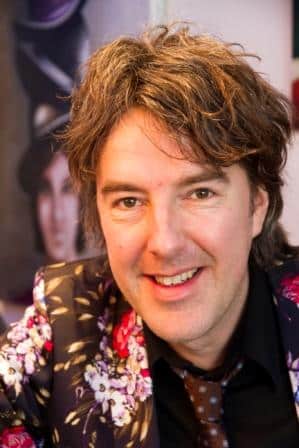 In a new season, Valentine's Day, Picasso JazzHall prepares true gift to fans of modern jazz-funk direction of music: most famous trio in Europe of Dutch keyboardist Michiel Borstlap. Michiel Borstlap appeared on the world music scene after winning the European jazz forum European Jazz Competition in Brussels, in the category "Best Soloist". As a singer and composer, he won first place in the Thelonious Monk competition for the execution of his work "Memory of Enchantment", which was later recorded by Herbie Hancock and Wayne Shorter in the album "1+1". And then - more.

In the new millennium composer reputation grew to such an extent that even the Emir of Qatar Sheikh Hamad Bin Khalifa Al Thani chose him of a dozen pretendents for the setting of the first Arabic Opera. And once again triumph. In 2003, during a live television premiere of the opera "Avicenna", gathered around TV screens more than 300 million viewers. Jazz, classical, pop - his talent win all genres. "By expanding the musical boundaries, conflaiting styles and trends, we are expanding our emotional horizons" - said Michiel Borstlap.

It is already more than 20 years he has applaud from all of the capital of the world. His arsenal consints of recordings and concert performances with world jazz stars like Herbie Hancock, Gino Vanelli, Pat Metin, Wayne Shorter, Bill Bruford, George Duke, Jeff "Thain" Wats and many others.

Michiel Borstlap has versatile talents. Besides music, he writes books and articles in journals, and actively engaged in charity activities. In 2006 he published his first book, "Opera in Qatar". In the most famous magazine "Esquire" he traces its editorial column. The main thing to remember, quotes a pianist of his favorite author: "Keys is not endless - endless music that gets the keys."

Since his SOLO 2010 Worldtour Michiel Borstlap developed himself as a perfect speaker. His concerts are full of humor, and very funny stories, with backstage stories about the world of music and beyond.