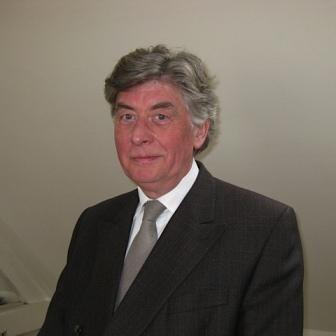 Joost Douma has broad international experience in the non-profit sector of diverse fields, providing leadership and fundraising and management skills for large scale public projects and endeavors. In ...

Joost Douma has broad international experience in the non-profit sector of diverse fields, providing leadership and fundraising and management skills for large scale public projects and endeavors. In his early career, Joost Douma served the city of Amsterdam as chairman of urban renewal programs and led the research and planning effort for business development in telecommunication and information technology .

He later founded the first Dutch national science museum, NEMO, raising Euro 50 million in private and public funding and serving as its first Executive Director. He went on to become a thought-leader and major advocate of interactive science centers, working with institutions in Mexico, Turkey, Germany, U.S.A. and Ireland. In the field of sustainability, he is credited with initiating the development of a residential economy as part of an integrated eco-system approach in the delta region of the Netherlands. He was the founder and first Secretary General of the International, Interfaith Investment Group (3iG) dedicated to new investment policies to benefit sustainable development. One of his major accomplishments was to secure funding for a reforestry project in Africa (Euro 100 Million).

Currently, as chairman of Acacia Social Development Foundation, Joost Douma raised Euro 75 million in the effort to create a fair-trade platform for non-timber forest products from Africa. Joost Douma has recently finished a historical novel on the collapse of the Roman Republic, “Cornelia, mother of the Gracchi, the betrayal of the Republic”, which was published in December 2011. Joost Douma has studied philosophy and economic history at the University of Utrecht and Amsterdam.