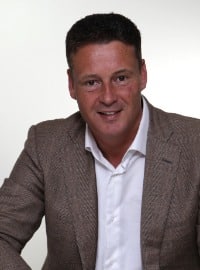 From differences in opinions, emerges the truth

Johan Doesburg first gained his reputation as a debating expert. During his legal studies in Groningen, he defended the Netherlands twice at the world debating championships. Not only his style of debate, but also his struggle to bring rhetorical techniques into the educational arena drew the ...

Johan Doesburg first gained his reputation as a debating expert. During his legal studies in Groningen, he defended the Netherlands twice at the world debating championships. Not only his style of debate, but also his struggle to bring rhetorical techniques into the educational arena drew the attention of the media. He rapidly became a much sought-after speaker, presenter and debate trainer. In 1998 he was co-founder of the Netherlands Debate Institute, where he served as director until 2006.

Johan has written articles and textbooks and has participated in over 40 events annually, as well as countless training programs. He has developed new debate paradigms and has expanded the use of rhetorical techniques to public forums, political campaigns and decision making processes. Johan’s educational approaches have been adopted by public schools, educational television and post-graduate vocational training programs.

Johan has appeared regularly in the press, in interviews, analyses and commercial projects. He has been conceptually and editorially involved with radio and television programs, has made Internet broadcasts avant la lettre, and has presented the NCRV program “Nacht-licht” (“Nightlight”) on Dutch National Radio 1. In this program, he presented and provided commentary on literature, poetry and law. Johan’s many interests developed toward media related projects culminating in the 2006 founding of Attentum.

As director of Attentum, a company uniting several disciplines, Johan provides a broad interpretation of communications issues, from strategic advice to media training, from events to press conferences, and from concept to (co-) production. His work and approaches are rhetorically based, and his love of debate and public forums is unmistakable.

Johan Doesburg is available via Speakers Academy as a participant, moderator, debate analyst, spokesman and panel or jury member. He offers a neutral, journalistic perspective, masters new subject matter quickly, is energetic, and employs functional humour. His rhetorical training guarantees a unique approach to subjects, quick changes of perspective, and a high level of interaction.

Johan is available internationally and speaks Dutch, English and German. He is happy to be involved in events starting at the planning stages and to provide further conceptual and logistical support if requested, including but not limited to: advice on form, theme and content; development and monitoring of scripts; sound and lighting plans; selecting, training and advising speakers; choosing and equipping facilities; invitations and press releases; quality control; and archiving (transcripts, photography, film, integrated retransmission).

"The heart of the debate is found together."

"If a chameleon could speak, he would make a formidable opponent."