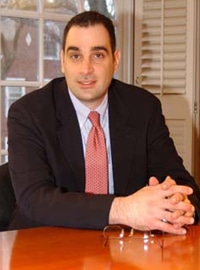 Based in Fontainebleau, France with teaching responsibilities in both France and Singapore, Professor Cohen teaches in INSEAD's MBA, Executive MBA, and Executive Education programs such courses as Financial Accounting, Corporate Financial Reporting & Analysis, Financial Statement Analysis, Mergers & Acquisitions and Corporate Restructuring, and Business Law. In his first year at the school, he was recognized for outstanding teaching as a nominee for INSEAD's Professor of the Year award. Also, in 2004, Professor Cohen taught as a Visiting Professor at Luiss University in Rome, Italy, where he conducted research on the financial collapse at Parmalat and the conditions of the Italian capital-markets regulatory system.

Prior to teaching at INSEAD, Professor Cohen was a Senior Teaching Fellow in the Accounting & Control group at the Harvard Business School and Professor at the Harvard Extension School in Cambridge, Massachusetts for over four years. At Harvard University Professor Cohen supervised teaching assistants and research associates, taught courses in 'Business Analysis and Valuation' and 'Creating Value through Corporate Restructuring and Mergers & Acquisitions', and was recognized for outstanding teaching by the Dean.

Prior to joining Harvard Business School, professor Cohen taught at Syracuse University courses in financial, managerial, and tax accounting courses, was named 'Professor of the Year,' and was the graduation keynote speaker at the school's commencement ceremony. Professor Cohen currently sits on the Syracuse University Accounting Department's Advisory Board with nine other senior partners from the Big Four accounting firms and other senior corporate executives.

Professor Cohen's research is primarily concerned with issues of corporate financial reporting, analysis, and valuation. He is the author of over 50 Harvard Business School cases and notes and 10 INSEAD publications. His case study research concentrates on the area of financial reporting, mergers and acquisition, and corporate restructuring. He published cases and notes on such companies as WorldCom, Lucent, Southcorp, JDS Uniphase, PeopleSoft, CMGI, Infosys, DoubleClick, and many others. His recent research interests relate to the ValueReporting framework as part of his new role as Director of Research for the INSEAD-PricewaterhouseCoopers initiative.

Prior to his academic career, Professor Cohen worked as a tax accountant at KPMG LLP in Philadelphia and as a mergers & acquisition consultant for PricewaterhouseCoopers LLP in New York City. His professional experience includes consulting and training at investment banks and private equity firms such as: the Blackstone Group, Credit Suisse First Boston, FleetBoston, Houlihan Lokey Howard & Zukin, and the Trump Group. Professor Cohen has also advised CEOs and Members of Board of Directors of Fortune 500 companies, such as Aetna Inc.

Professor Cohen is the Founder and Chairman of BankersGroup, an educational organization with the mission of 'Bridging the Street' between corporate and securities lawyers, investment bankers, capital market regulators, and professors whose research relates to the capital markets. His class was featured on CNBC and he was interviewed by the BBC on the collapse of WorldCom.