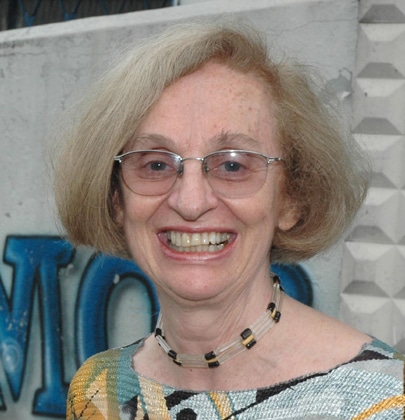 Education for life through health

UCSF Medical School graduate of the class of 1963, specialized in internal Medicine and Medical Oncology (Cornell Medical School and Memorial Sloan Kettering, New York) and Immunology (Medical Faculty of Santiago, Chile), married to Dutch economist A.C. Bruinsma, Irene K. Adams and husband travelled where his job took them (London, Maracaibo, Caracas, Santiago, Rio de Janeiro) until arriving in Belo Horizonte in 1986 with their two children. There, she discovered the world of AIDS, HIV, and Street Children which led her to found the Ammor Clinic in 1988, become director of a philanthropic hospital for AIDS and terminal cancer patients from 1995 to 2006, and to amplify the activities to the AMMOR Clinic to create the Ammor Project.

The clinic became part of Projecto Ammor. The mission of Projecto Ammor is ‘Education for life through health’. This mission implies the promotion of health in every aspect; mentally, emotionally, cultural and spiritual. Children and adolescences are being thought to develop self esteem and to take control over their lives. The project helped thousands of children to find their inner strength and a way out of poverty.

The lifework of this lady was in jeopardy, because in 1996 the collaborating development organizations in The Netherlands decided that Brazil is not a poor country, but one where people have huge differences in income. That is why they decided not to support projects for street children anymore. This meant that the project had to survive with minimal means.

Dr. Adams decided not to give up and continued her work. Now she has built up an international network of organizations (among which the Clinton School of Public Service) that support the project. She managed to do this because her work is really important for these children and she has an inspiring way of bringing her message.

Because of her extensive experience with street children, the care of traumatized children, HIV and AIDS, and the fight against poverty she is an internationally asked speaker, among which Brazil, The Netherlands, the United States, Italy, Austria and the United Kingdom.

With her experience in all kind of areas and her inspiring way of speaking dr. Adams can keep a lecture about all kind of themes among which:

1.   How to make corporate aid be effective
2.   Social responsibility; why is it of importance and how to be socially responsible
3.   Cultural differences and their impact on Brazilian social assistance
4.   The AMMOR Foundation – in Brazil and abroad
5.   The Brazilian Society in general and the social stratifications – observations of an outsider living in