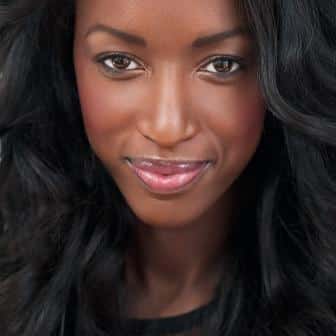 A perfectionist who loves imperfections

“A perfectionist who loves imperfections” is the definition of this young focused woman, who has achieved by the age of 24 to be the successful entrepreneur in beauty and cosmetics that she wanted to be.Born in Sèvres, in France, Hapsatou Sy grew up in the nice city of Chaville, surrounded by ...

“A perfectionist who loves imperfections” is the definition of this young focused woman, who has achieved by the age of 24 to be the successful entrepreneur in beauty and cosmetics that she wanted to be.

Born in Sèvres, in France, Hapsatou Sy grew up in the nice city of Chaville, surrounded by seven siblings. His father, an hands-on manufacturer, was the one who transmitted her the passion of work and this vital need of autonomy and independence.

After a classic education, she graduate from a professional degree in Administrative Assistante, prior to take a 180° turn to start a part-time diploma in International Business. She receive this diploma and valid her curriculum with a final internship in New York. The Big City became for her the symbol of all the possiblities and more importantly of all successes.

Hired right after her internship “in charge of the international markets”, Hapsatou is growing her experience and develop her own concept ETHNICIA, a personalized and all-in-on beauty space, as early as 2004.

“By aiming for the Moon, I am sure I will reach the stars”. The key year is 2005: at age 24 only, Hapsatou Sy join the family of entrepreneurship with ETHNICIA. The first salon opens on the Ile Saint-Louis, in Paris, quickly followed by many other opening in Paris and other cities in France, and even in Switzerland in Lausanne. Overall, the younr entrepreneur manages 17 stores in Europe. In 2012, the stores are renamed to creat the chain: HapsatouSy.

In 2007, Hapsatou Sy is awared 2nd place for Business Innovation from the entrepreneurship competition hold by the group Unibail Rodamco. Other awards and recognition follow: Hapsatou is nominated “Rising Talents” in 2010 at the Women’s Forum in Deauville, she receive the Trofémina Award in 2011 in the Business category. The same year she is selected to represent the French Entrepreneurship during the G20.

In 2012, she starts her media and television career, first as a Jury Member of the TV-show The Invetor 2012” on the channel M6. She is immediately recruited after that by the new booming TV-channel D8, as the co-anchor of the show “Le Grand 8” (standing for “the rollercoaster”).