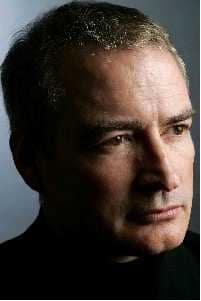 Bruce van Barthold has worked as a conference speaker and master of ceremonies for the last 15 years. He has a background in both management consultancy and as a professional actor. Bruce has worked...

Bruce van Barthold has worked as a conference speaker and master of ceremonies for the last 15 years. He has a background in both management consultancy and as a professional actor. Bruce has worked for StratX, a consultancy for blue chip companies around the world with all their major clients, and delivers services marketing courses at the INSEAD international business school in Fontainebleau.

A regular speaker at conferences, Bruce works both in French and English. He has been resident in France for more than 25 years. He has helped companies in both the design and performance of their conferences, identifying key messages and advising on the best format for delivering those messages to an audience. His clients include: Société Générale, Mazars, GDF Suez, Alsthom, Stéria, Symantec, Abbott Pharmaceuticals, General Motors..

Bruce developed various modules for diplomats and Senior Civil Servants at the Ecole National d’Administration in Paris and for the Economic section of the Quai d’Orsay (the French Ministère des Affaires Etrangères), and the Ministère de l’Industrie at a senior level for over 10 years.

Today Bruce also works on Organizational Development in multinational companies with his own company in conjunction with IMD professor Chris Parker at MTI. On the acting side Bruce has appeared in many feature films and television and has directed for the theatre in Paris, London and Edinburgh. He holds a B.A. Honors degree in French and Philosophy from Sheffield University and a DEA from University of Paris.