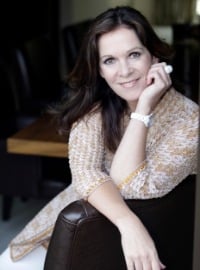 Annemarie van Gaal lived in Moscow, where she and her business partner Derk Sauer co-founded and led Russia's biggest publishing company. In 1990, she was sent out by Dutch publisher VNU to lead a...

Annemarie van Gaal lived in Moscow, where she and her business partner Derk Sauer co-founded and led Russia's biggest publishing company. In 1990, she was sent out by Dutch publisher VNU to lead a VNU joint venture in Moscow. VNU backed out, but van Gaal and Sauer saw opportunities. They both sold their houses in The Netherlands, raised some extra money and founded Independent Media.

The company flourished, where big multinationals saw their investments go to waste. Van Gaal and Sauer did not have much experience, but their perseverance, creativity and their ability to act boldly and do business in an unconventional way paid off. 1992, Independent Media started with 15 employees and a turnover of US $ 1.5 million. Within 5 years the company had 700 employees, a turnover of $ 61 million and published 20 newspaper and magazine titels.

To be able to grow faster Independent Media acquired the publication rights of popular foreign titels, such as Cosmopilitan, FHM and Men's Health. Independent Media publishes The Moscow Times and Vedemosti, the most important business newspaper in Russia published in a joint venture with The Financial Times and The Wall Street Journal. In 1998, VNU finally decided to buy a minority share in Independent Media. In 2000, Annemarie van Gaal went back to the Netherlands for personal reasons. She is very active in the media, publishes 2 glossy magazines and gives advice on how to perform important media transactions.