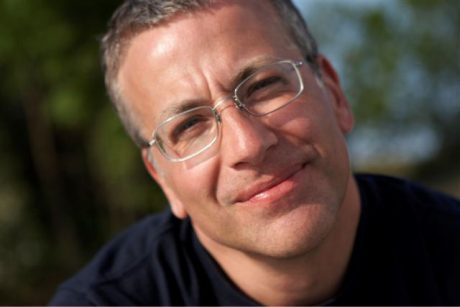 Wassili Zafiris is (1964) change expert. In his work as accredited meta-coach, neuro-semantic and NLP trainer he facilitates change in individuals as well as organizations. He is known as an...

Wassili Zafiris is (1964) change expert. In his work as accredited meta-coach, neuro-semantic and NLP trainer he facilitates change in individuals as well as organizations. He is known as an innovator and has a 'nose' for cutting edge techniques and models and is often able to innovate those. Wassili is the co-creator of Meaningful Profit (a new model of doing business) and creator of a new model about motivation as well as a new way of working with depression and many other techniques and applications in coaching, teambuilding and leadership. He is often asked to facilitate innovation- and strategy sessions and speaks at various congresses. His psychological and business background together with his knowledge of neurology as a former specialized physical therapist combined with his experience in emotional intelligence (due to his study in haptonomie) make of him an expert in the art and science of change and growth.

of resilience and autonomy (dealing with setbacks, burn-out, depression)

He has been the mental coach of the Dutch Women’s Volleyball team since 2010.

At the university of Santa Cruz (Cal.) he attended and assisted more than 10 NLP programs (1997-2011). He has been partner with leadership pioneer Robert Dilts in Silicone Valley. Wassili is author, public speaker and teaches at various institutes. His book ‘IK BEN niet alleen op de wereld', (2011) was nominated best ‘entrepreneurial book 2011’ as well as ‘ management book 2012’. As co-auteur of 'Eetlust' he met and modelled 10 internationally acclaimed chefs and their mindsets. He has been in the media with articles/interviews- Ode, NRC, Inzicht, Quest, Nu-sport, Parool, Sprout, De Zaak, Telegraaf, Life & Cooking, RTL, Veronica.

He is a sought after public speaker and spoke amongst others at the Erasmus University, the Action Learning Congress, Marcom, Dialogues House- ABN AMRO, Kirkman Company, and he was the keynote speaker at the IEP congress in 2011. He organised international meetings like the ‘European Trainers and Consultancy meeting’ and the ‘Leadership Lounge’ in Greece. He has taught and spoken internationally at various institutes and for a variety of companies.