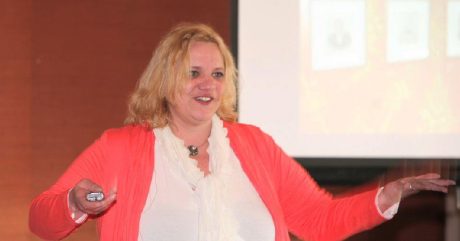 Everyone with a bit of a feeling for the Internet realizes that we are ready for the next phase, which we refer to as Web 2.0, as if it were a new release. With this, we mean a much more intensive...

Everyone with a bit of a feeling for the Internet realizes that we are ready for the next phase, which we refer to as Web 2.0, as if it were a new release. With this, we mean a much more intensive use of the Internet than just websites and e-mail. A new Internet experience starting from when you wake up in the morning until you go to bed at night, which is with you all day long and which adds new dimensions to your life. You are not standing alone in this, through social networks such as Twitter, Hyves, FaceBook and Linkedln you form part of a community consisting of people who are with you all day electronically. We refer to the modern civil servant as ‘civil servant 2.0’ and the new manager is a typical ‘manager 2.0’. In short, we use the term social media to sum up this 2.0 phenomenon.

Living an hour away from the Netherlands

The well-known Internet gurus have now also become dedicated Web2.0 believers, but the real social media story comes from people such as Petra de Boevere, whose life was changed completely when she started making use of the possibilities that the Web2.0 has to offer. Petra lives in Breskens, a small harbor town in the province of Zeeland in the south west of the Netherlands, where she runs a liquor store together with her husband. Breskens is a popular destination for tourists, but after the summer season, it is not one of the most profitable locations for retail trade in the Netherlands. If your personal interests extend somewhat further than simply the province of Zeeland then you can only hope that you have friends in Belgium. Since contact with the rest of the Netherlands takes place over the local roads and an expensive tunnel before you reach Bergen op Zoom and the rest of the Netherlands an hour later and after many kilometers on the A58 motorway.

Petra has been an Internet user for many years in order to overcome this relative isolation. In chat rooms such as 'Avro's Nightshift', she could be found regularly as the ‘Girl from the Liquor Store’. The next step was her own weblog, which was nominated in 2006 and 2007 for the election of the Dutch Bloggies. She also gave new life to the local “Boem La La” song and appeared with this song on the TV show of the popular Dutch entertainer Paul de Leeuw. As a result, Petra made more and more friends outside of Zeeland with whom she maintained intensive Web2.0 contacts. Unintentionally, her liquor store started doing business beyond the town boundaries of Breskens when friends started placing orders. In this manner, an internet store came into being with the ‘girl’s box’ as the most popular product. In the meantime, this success has now been surpassed by the ‘Seaweed Jenever’, which was spontaneously promoted by many of Petra’s Web2.0 friends throughout the Netherlands, including a number of well-known Dutch celebrities.

Petra does not advocate fancy marketing techniques; she regards herself as an example of a real-life story about integrating ‘social media’ in your daily life. Petra enjoys life to the full and her liquor store has become one of the most well known in the country. This story captures the imagination of people who have become curious about the possibilities that the Web2.0 has to offer without wanting to examine the underlying theory. Petra’s first book is scheduled to appear mid-2010. Until then, Petra is pleased to be able to tell her story in person and she is certainly willing to take off a few hours to do this, as long as it does not interfere with the liquor store.

The story about the Zeeland 'girl from the liquor store' is a captivating story as it makes clear that everyone has access to a much larger world than the geographically limited part of that same world in which you live day in day out. The essence of her message is about authenticity, as Petra is still the same girl from the liquor store as she was ten years ago. Petra still lives and works in the same small town as she did ten years ago, she still chats on the same channels as she did five years ago, only she has made her small town a bit bigger by making use of Web2.0 techniques.

In 2009, Petra won the Social Media Star Award, a prize for the small entrepreneur who makes the most effective use of Social Media for his/her business, and the encouragement prize for innovative tourism from the Province of Zeeland for Seaweed Jenever. According to the jury: “The wining initiative is authentic, related to Zeeland and puts Zeeland on the map in an exceptional way."

In addition, Petra plays a small role in the trend report of the Retail Trade Industrial Board, which was published in November 2009 and she is now also cited as an example in various books about digital marketing and Personal Branding that were published in 2009. Petra’s own book will be released by the publisher A.W. Bruna in September 2010.