Michael Bergdahl is a professional international business speaker, author and turnaround specialist. Bergdahl worked in Bentonville, Arkansas for Walmart, as the Director of â€œPeopleâ€ for...

Michael Bergdahl is a professional international business speaker, author and turnaround specialist. Bergdahl worked in Bentonville, Arkansas for Walmart, as the Director of â€œPeopleâ€ for the headquarters office, where he worked directly with Walmarts founder Sam Walton. It was Sam Walton who gave Bergdahl the nickname, â€œBird Dawg!â€ Previous to Walmart he worked in the FMCG Industry for PepsiCos Frito-Lay Division in the sales organization and headquarters staff assignments. He is a turnaround specialist who participated in two successful business turnarounds as VP of HR at both American Eagle Outfitters and Waste Management. Bergdahl has more than 25 years of HR experience, and he has received the Senior Professional in Human Resources (SPHR) lifetime certification from SHRM. He is a graduate of the Pennsylvania State University with a Bachelor of Arts Degree in Sociology / Behavioral Science. Michael Bergdahl is considered to be an authority on the best practices of Walmart & Sam Walton. He has been interviewed on CNN, CNBC, CNN FN, MSNBC, CNN International, Univision, CBS National Radio, and Bloomberg TV. He has participated in internationally televised news debates on â€œPower Lunchâ€, â€œOn the Moneyâ€, â€œMorning Callâ€, and â€œClosing Bellâ€. Articles written by him, and articles written by others about him, have been published in business newspapers and magazines around the world. He has written articles for Hardware Retailer Magazine (NRHA), Progressive Grocer Magazine, Swedens Butikstrender Magazine, and the Retailer Association of India, STORAI Magazine. Bergdahl is the moderator of two LinkedIn discussion groups called, â€œWalmarts Best Leadership Practicesâ€ and â€œSam Waltons Best Leadership Practicesâ€ with a combined membership of more than 14,000 worldwide members including: Retailers, FMCG/CPG Product Manufacturers/Suppliers, HR Professionals, Supply Chain Professionals. He has more than 3000 followers on LinkedIn.He wrote his first book about â€œThe Strategies of the Worlds Largest Companyâ€, titled: What I Learned from Sam Walton: How to Compete and Thrive in a Walmart World (2004). His second book is written about â€œThe Tactics of the Worlds Richest Manâ€, titled, The 10 Rules of Sam Walton: Success Secrets for Remarkable Results (2007). Note: Rob Walton, the current Chairman of the Board of Walmart, and the son of Sam Walton, wrote the Foreword for â€œThe 10 Rules of Sam Waltonâ€ book. Both of these books were published and distributed internationally by John Wiley & Sons, in English, in both hard cover and paperback versions. Translated versions of his books are available in Russian, Thai, Indonesian, Korean, Simplified Chinese, Traditional Chinese, Vietnamese, and Spanish. Both of these books have also been published, in English, in India. His third book is a 50th Walmart Anniversary Commemorative Edition titled The Sam Walton Way (Brighton Publishing 2012). His fourth book, High Expectations Are The Key To Everything was published by Jaico Books in India in September 2013, and it was published by Motivational Press in the USA in 2014.Michael Bergdahl is a professional international business speaker with substance, who is one part business, one part inspiration, and one part storyteller. He presents Keynote Speeches, breakout sessions, half day programs, and full day Master Classes. He tailors his speeches to fit the conference theme. His Full Day Master Classes are designed to teach others the Best Practices of Walmart. In his speech, â€œPicking Walmarts POCKETSâ€, Bergdahl unveils the best practices of Walmart, and the success secrets of Sam Walton. Audience members will learn the â€œTactics of the Worlds Richest Man, Sam Waltonâ€, and the â€œStrategies of Walmart, the Worlds Largest Company.â€ He also presents an inspiring keynote speech about â€œBringing Out the Best in Youâ€ based on his newest book, High Expectations Are The Key To Everything.Michael Bergdahl has spoken at association conferences, public events, customer conferences, and private company meetings in the USA and Internationally to Retailers, Non-Retailers, Manufacturers, Suppliers and B2B. He speaks to a wide variety of audiences including Sales, Customer Service, IT, Supply Chain/Logistics, Franchisees, Financial Services, Real Estate Developers, Property Managers, Leasing Agents, Retail Managers, Brand/Marketing Professionals, Loss Prevention Specialists, Human Resources, Plant Managers, Engineers, DC Managers, Operations Managers, Product Manufacturers / Suppliers / Buyers, Pharmacists, Bankers, Credit Union Directors, Presidents, Entrepreneurs, College Professors, College Students & College Commencement, CEOs, CIOs, CTOs, and CFOs. He has spoken at events for Walmarts current suppliers, and its direct competitors, who are interested in improving their ability to compete successfully in a Walmart â€œBig Boxâ€ World!

1. Sales
2. Customer Service
3. IT
4. Supply Chain/Logistics
5. Franchisees
6. Financial Services
7. Real Estate Developers,
8. Walmart, and the success secrets of Sam Walton
9. â€œTactics of the Worlds Richest Man, Sam Waltonâ€
10. â€œStrategies of Walmart, the Worlds Largest Company.â€
11. â€œBringing Out the Best in Youâ€
12. High Expectations Are The Key To Everything. 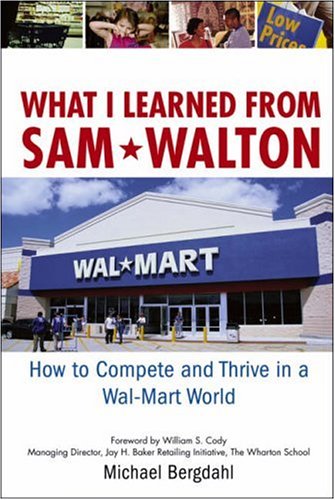 What I Learned From Sam Walton: How to Compete and Thrive in a Wal-Mart World 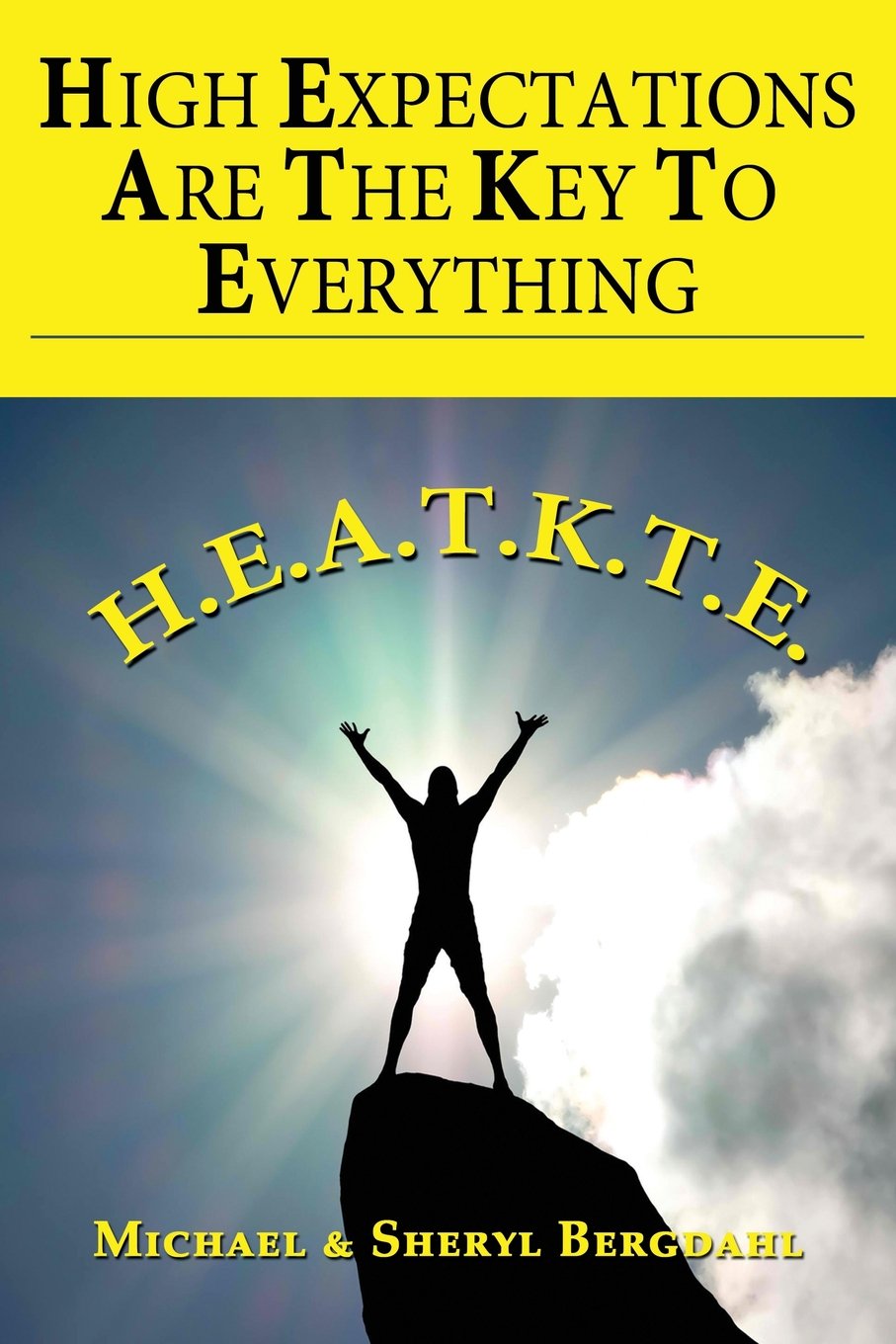 High Expectations Are The Key To Everything 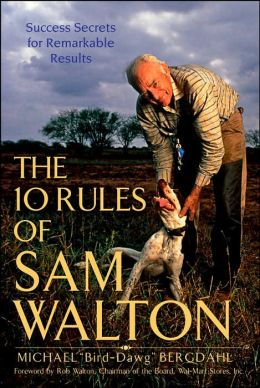 The 10 Rules of Sam Walton