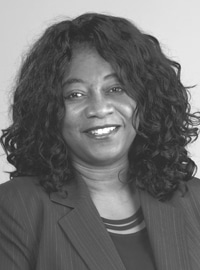 Mirrors of Justice: Culture, Power and the Making of History

Kamari Maxine Clarke (Ph.D., UC — Santa Cruz 1997) is an associate professor of anthropology at Yale University and research scientist at the Yale Law School. She also holds a courtesy appointment in the Department of African American Studies. Trained in Political Science — International ...

Kamari Maxine Clarke (Ph.D., UC — Santa Cruz 1997) is an associate professor of anthropology at Yale University and research scientist at the Yale Law School. She also holds a courtesy appointment in the Department of African American Studies. Trained in Political Science — International Relations at Concordia University, in Anthropology at both the New School for Social Research and the University of California — Santa Cruz, and Law at the Yale Law School, her areas of research explore issues related to religious nationalism, legal institutions, international law, the interface between culture and power and its relationship to the modernity of race and late capitalist globalization.Professor Clarke's research interests have taken her to intentional Yoruba communities in the American South, traditionalist religious and legal domains in south-western Nigeria, international criminal tribunals, and international law training sessions in Ireland, London, Geneva, and Banjul and United Nations board rooms in New York City and The Hague.Recent articles and books have focused on religious and legal movements and the related production of knowledge and power, including the 2004 publication of Mapping Yoruba Networks: Power and Agency in the Making of Transnational Communities published by Duke University Press, the 2006 co-edited publication of Globalization and Race: Transformations in the Cultural Production of Blackness (Duke Press), and her forthcoming book, Justice in the Making: The International Criminal Court and the Cultural Politics of Human Rights, being considered by Cambridge University Press. Her forthcoming edited volumes include one with Rebecca Hardin entitled, Testimonies and Transformations: Reflections on the Uses of Ethnographic Knowledge, and the other with Mark Goodale entitled, Justice in the Mirror: Law, Culture, and the Making of History.Over the past years, Professor Clarke has lectured in regions of the United States, Canada, South Africa, England, and the Caribbean and taught courses on Globalization, Transnationalism, and Modernity, Rethinking Human Rights, Contemporary Social Theory, Religious Nationalism, Race and Empire, and the Anthropology of Religion.

1.   Is this Justice? The International Criminal Court and its Challenges in Africa Questions of Crime
2.   Islam and Religious Politics in Northern Nigeria Crime and Cultural Difference Constitutionality in Question
3.   Religious and Legal Freedoms in the Americas Religious Revitalizations and the Problem with Marginality Race, Ethnicity, Religion
4.   The Challenges with Social Difference Race and Radical Politics in America Globalization and Racial Politics
5.   Globalization
6.   Transnationalism
7.   Modernity
8.   Rethinking Human Rights
9.   Contemporary Social Theory
10.   Religious Nationalism
11.   Race and Empire
12.   The Anthropology of Religion
13.   International (criminal) law
14.   Globalization and Social Change