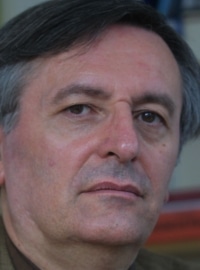 John Gray studied Philosophy, Politics and Economics at Oxford, where he received his BA, MA and D.Phil degrees. From 1976-1996 he was Fellow in Politics at Jesus College, Oxford, and in 1996 he...

John Gray studied Philosophy, Politics and Economics at Oxford, where he received his BA, MA and D.Phil degrees. From 1976-1996 he was Fellow in Politics at Jesus College, Oxford, and in 1996 he became Professor of Politics at Oxford. Between 1998 and 2007 he was School Professor of European Thought at the LSE, where he is now Emeritus Professor. He has held many visiting appointments, including Professor of Government at Harvard, Distinguished Professor of Social Philosophy at Yale University and Visiting Professor in Humanities at the Autonomous University in Madrid.He has given several distinguished public lectures, including the 2003 Tans Lecture at the University of Maastricht and the 2004 Thomas More Lecture in Amsterdam. His work as a political thinker is discussed in The Political Theory of John Gray.He has lectured to academic, political, cultural and business audiences in many countries (e.g. Spain, France, Portugal, Kuwait, Egypt, Austria, Italy, Germany, Holland, Switzerland, Japan, Taiwan, Argentina, Chile, Denmark, Sweden, Poland, Hungary, Romania, Greece, the United States, Canada, Australia, New Zealand, Eire, etc.).He has written fifteen books and over fifty academic articles, which have been translated into over thirty languages worldwide. Among his recent books are False Dawn: The Delusions of Global Capitalism , Straw Dogs: Thoughts on Humans and Other Animals, Heresies: Against Progress and Other Illusions , Al Qaeda and What It Means To Be Modern and Black Mass: Apocalyptic Religion and the Death of Utopia.He writes and reviews for The Guardian, The Independent, The New York Review of Books, Harpers Magazine, The Nation, The New Statesman, The Spectator, The Literary Review and op-ed pieces by him appear regularly in European newspapers.