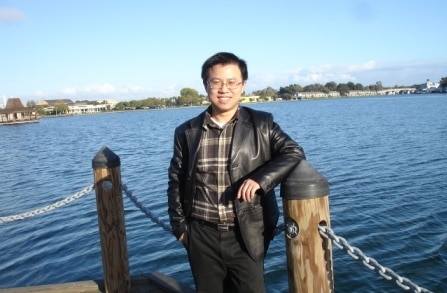 Wang Dong is Associate Professor in the School of International Studies and Executive Deputy Director of the Institute for China-U.S. People to People Exchange at Peking University. He also...

Wang Dong is Associate Professor in the School of International Studies and Executive Deputy Director of the Institute for China-U.S. People to People Exchange at Peking University. He also concurrently serves as Deputy Secretary General of the Center for American Studies, and Member of the Academic Committee of the Institute of International and Strategic Studies, both at Peking University, as well as Member of the Steering Committee of the â€œEast Asia Security Forumâ€, Chinese Overseas Educated Scholars Association, and Academic Committee Member of the Pangoal Institute. Wang Dong received his bachelor in law from Peking University and M.A. and Ph.D. in political science from University of California, Los Angeles (UCLA). Dr. Wang had taught at York College of Pennsylvania, with a tenure-track appointment, before joining the faculty of Peking University. Since 2011, he has also been a Research Associate at the East Asian Peace Program, Uppsala University. Dr. Wang has written extensively on international relations and Chinas foreign policy. His articles and reviews appear in The New York Times as well as other leading academic and news outlets. Dr. Wang has provided consultation to Chinas State Council and Ministry of Foreign Affairs on matters important to Chinese foreign policy. He has also served as Chinese delegate for important Track-II dialogues such as the Shangri-La Dialogue. Dr. Wang has been frequently interviewed by leading news agencies, newspapers, and major television programs such as the Reuters, the Associated Press,AFP, the Financial Times, the Economist, the Washington Post, the Wall Street Journal, USA Today, BBC, Sky News, etc. He has received many awards and was named an inaugural â€œChinas Rising Leaderâ€ by the National Bureau of Asian Research (NBR) in 2011.