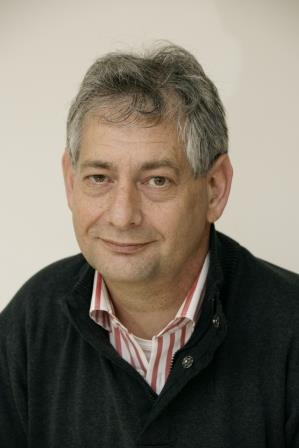 The future of food

After completing his PhD in physics in Eindhoven, the Netherlands Frans Kampers in 1989 joined the Dutch agricultural research organization (DLO), which is now part of Wageningen University and...

After completing his PhD in physics in Eindhoven, the Netherlands Frans Kampers in 1989 joined the Dutch agricultural research organization (DLO), which is now part of Wageningen University and Research Centre. He headed a department on instrumentation and measurement technology for several years. This department was involved in research on sensors, microelectronics and microtechnology. Among other things he was chairman of an ISO working group that defined the international standard on RFID for animals, chaired a working group on Microsystems and Agriculture and was responsible for a project on sensors for sustainable food production within the DTO programme.

After a brief period in which he was involved in information strategy Frans Kampers in 2003 was asked to coordinate the Wageningen UR bionanotechnology research which predominantly is directed towards applications in food and nutrition. He is actively involved in the organization of funding programs in the Netherlands, is a member of the Executive Board of NanoNextNL, is the initiator of CAT-AgroFood, the Wageningen Centre for Advanced Technology in AgroFood, and was president of the International Society of Food Applications of Nanoscale Sciences (ISFANS).

Currently he is also active in a consortium aiming to set up a Knowledge and Innovation Community on Food in Europe and he coaches young entrepreneurs who want to establish new businesses in the framework of StartLife. He is often interviewed and invited to conferences to give presentations on the subject of nanotechnology in food.