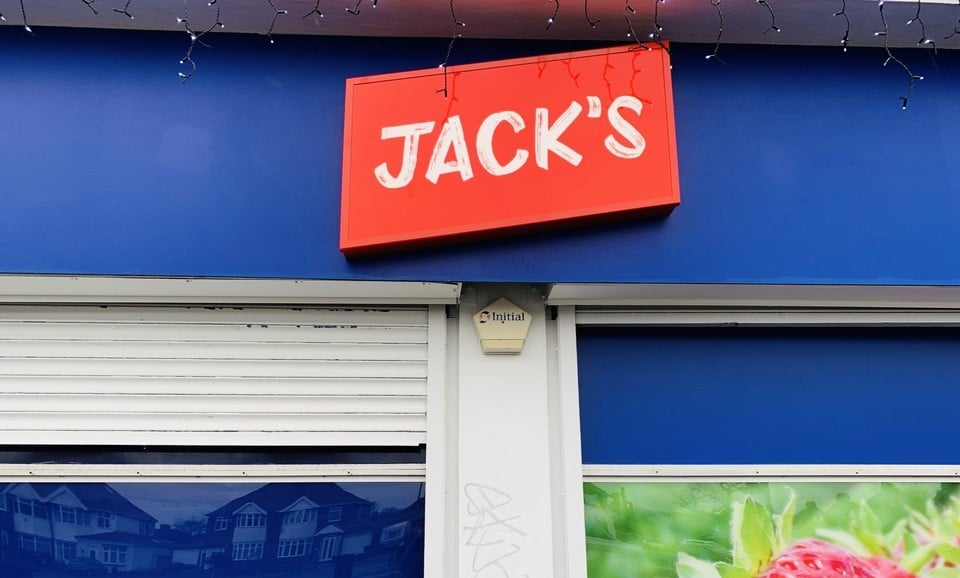 For the past 20 years the rise of discount retail has been the leading driver of change in many Europe consumer markets. Retail formats have been struggling with the right strategy to counter the succes. We observed what’s happening in the UK.

The main UK groceries (Tesco, Sainsbury’s and Asda) keep losing market share to the two leading discount formats Aldi and Lidl. Their combined 13% market share has doubled over the last 5 years. Aldi and Lidl jointly operate over 1,300 stores and are definitely the UK customer’s darling. So how to compete with the 2 Juggernauts?

Things are moving in the huge £190B UK grocery market. No 2: Sainsbury’s is merging with no 3: Asda. Tesco, being the market leader with 27% market share, lost already 5% share to discount in the last 5 years. In a bold September 2018 move Tesco introduced Jack’s: their new take on Aldi and Lidl. We visited the new Jack’s store in Castle Bromwich, near Birmingham. 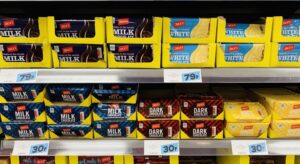 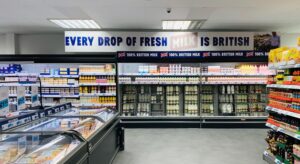 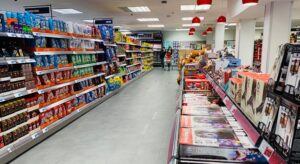 Just like the German formats, the store has just over 2,600 SKUs. Price-points are similar to Aldi and Lidl, the famous centre aisle with non food bargains (a.k.a. WIGIG: When It’s Gone It’s Gone) is similar and there are many other similarities (freshly baked bread, right after the entrance). It just feels very Aldi-like, although the store we visited (formerly a Tesco Metro) was a lot smaller than an average Aldi or Lidl. It was also a bit dull, neat and tidy, we missed the usual glitzy discount fanfare.

Jack’s got its name from Jack Cohen. The entrance billboard reads: “In 1919, Tesco’s founder Jack Cohen took his £30 demob money and sold surplus armed forces stock from his market stall in Hackney, East London. Jack had an eye for a deal and an intuition for what his customers needed. His stall was famous for making affordable food available to everyone. Today at Jack’s his legacy lives on in great-tasting food at the lowest possible prices. 8 out of 10 food and drink products are grown, reared or made in Britain to bring you outstanding value.”

What we found strikingly was: the huge claim on selling British food, on being British. On many signs in the store you’ll feel Jack’s proudness of sourcing 8 out of 10 items in the UK. It’s like Jack’s is saying: “be confident that also after March 29, 2019 (Brexit) we are able to stock merchandise in our stores. We are British, Aldi and Lidl are not”. But then again, it also implicates a friendly footprint and lower costs, hence lower prices. Tesco’s CEO says: “it is what customers are asking for”.

Remarkable was the high share of Jack’s private label (70%), personnel wearing their own attire with only a name badge, no uniform. We experienced a pretty strong digital instore journey: with smart scanning products as you shop with your phone, keeping track of your ticket on the Jack’s app, and easy self-check out. Not what you usually will see in a discount store.

It will take a while before Tesco will know if Jack’s is the winning formula to counter the strong German formats. There is still room to grow in the UK market with an additional 300 new stores according to market experts, so there might be room for Jack’s as well. Presently there are 8 Jack’s stores, and Tesco announced a total of 10-15 stores to open, before end of 2019. But things will be complex and difficult: Walmart once tried to enter Aldi and Lidl country Germany with a new discount format. It got smashed.

Tesco’s culture, key processes, structure and operating model might oppose the one being used at Aldi and Lidl. Mark Ritson, always very outspoken (…), on Aldi: “Aldi is a fucking shark. No brain. No personality. No toilets. It’s just a big, lean shark that is all muscle and instinct and success. It swims around being a big shark all day long, not worried about anyone. It is a brand forged in the disastrous, deserted environment of post-World War 2 Germany and it has evolved a way of doing things that somehow matches great quality with incredibly low prices. It does not have an employer brand or strategic planning sessions. It just glides around being Aldi and not giving a fuck about anyone else.” Mark thinks Tesco should stick to what it does well.

Somebody else said: “it’s like bringing a knife to a gunfight”.

But doing nothing to compete with Aldi and Lidl just sounds foolish. Mid-prized large supermarkets like Tesco are losing ground massively. Launching a new competing format with only a dozen discount stores might also feel like dipping a toe in the water. If you can’t beat them join them.

Article was first published on www.renerepko.com

Gentle Monster. It is retail, but not as we know it

Rungis: the Belly of Paris

Bringing knowledge to the world