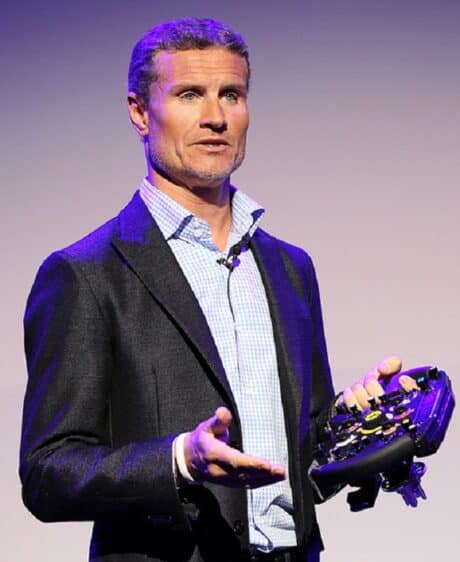 One of the world’s most widely recognised sports personalities, David Coulthard is a former Formula 1 Grand Prix driver, television broadcaster, author and entrepreneur. His business interests include co-founding Whisper, one of the UK’s fastest growing television production companies which produces sports and entertainment content including from NFL, Formula 1, SailGP, US Open Golf, FA Women’s Football and the Paralympic Games. He is also a partner in Velocity Experience which develops and produces branded events for a wide range of corporate clients.

In 2019 David became non-Executive Chairman of W Series, the world’s first professional allwomen single seater racing series, and in September he was elected President of the British Racing Drivers Club which owns and operates Silverstone Circuit in the UK. David’s profile is underlined by current brand ambassadorships for companies including Red Bull, Mercedes Benz, IWC, Heineken, Cooper Tire, UBS and Transcal. He continues to drive Red Bull’s Formula 1 cars at promotional events, including activities such as driving on the helipad of the Burj Al Arab hotel in Dubai, through the Lincoln Tunnel between New York and New Jersey, and introducing Vietnamese fans to the sites and sounds of Formula 1 on the streets of Hanoi.

Born in Twynholm, Scotland, David began racing karts at the age of 11 and rapidly progressed through the lower ranks of motor racing, including winning the prestigious Macau Grand Prix and Masters Formula 3 events. In 1993 he joined the Williams Formula 1 team as test driver, providing vital support to drivers including Alain Prost and Ayrton Senna. He made his Formula 1 World Championship debut for the team the following year. His first Formula 1 victory, at the Portuguese Grand Prix, came whilst driving for Williams in 1995. He then moved to McLaren for nine seasons, becoming the longest contracted driver in the team’s history. During this time he won a further 12 Grands Prix and finished in the top 3 in the World Championship for Drivers on no fewer than 5 occasions.

Formula 1 victories included winning the British and Monaco Grands Prix twice, and during this time he enjoyed wheel-to-wheel combat with rivals including team mate Mika Hakkinen and
Ferrari legend Michael Schumacher. In 2005 David was invited to join the newly created Red Bull Racing team and played a key role in developing the team’s capabilities, including bringing its first podium finish in Monaco in 2006. He stepped away from racing in Formula 1 at the end of the 2008 season, but not before scoring his final podium finish at that year’s Canadian  Grand Prix.

From 2010 until the end of the 2012 season David continued his professional motor racing career in the German Touring Car Championship whilst simultaneously making the transition into television broadcasting and commentary. Between 2009 and 2015 he co-commentated on Formula 1 for the BBC before moving across to Channel 4 where he remains central to the sport’s coverage in the UK. He also regularly presents the podium interviews with top three drivers on behalf of Formula 1 itself. In 2007 David published his autobiography It Is What It Is and in 2018 his second book The Winning Formula made the Sunday Times Best Seller list in the UK. In 2010 he was appointed a Member of the Order of the British Empire (MBE) in the Queen’s Birthday Honours List.

Coulthard now uses his talents in the business arena from starting a number of successful businesses to ambassador roles to guest speaking. 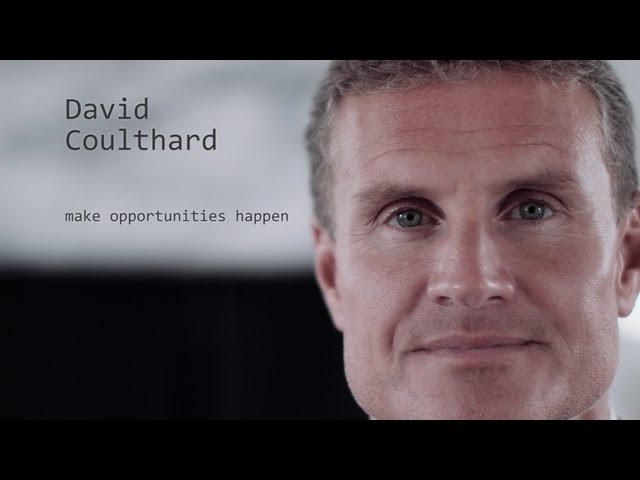 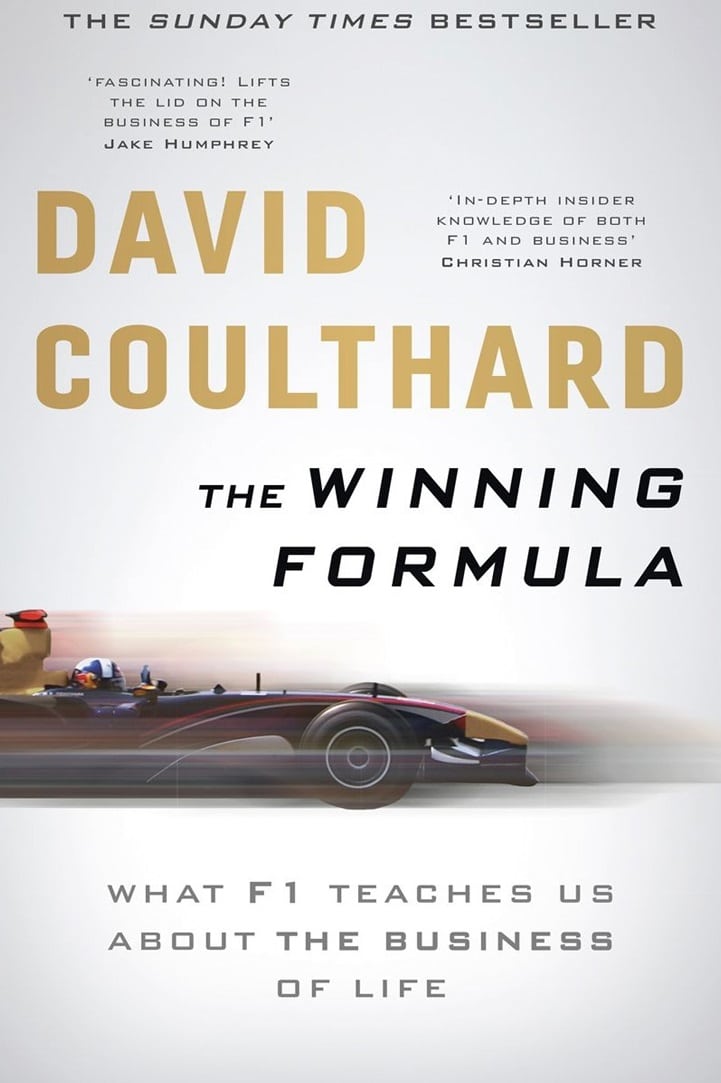