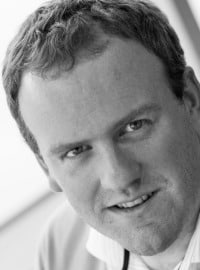 Steven is an expert in customer focus in a digital world. He is a popular speaker at home and abroad. In his keynote presentations, Steven takes his audience on a journey to the world of modern...

Steven is an expert in customer focus in a digital world. He is a popular speaker at home and abroad. In his keynote presentations, Steven takes his audience on a journey to the world of modern customer relationships in a clever, enthusiastic and inspiring way.Steven is the author of three bestselling books. He became known for his first book, The Conversation Manager, which won the award for most innovative marketing book of 2010. Steven also wrote The Conversation Company and his most recent book, When Digital Becomes Human. When Digital Becomes Human received the award of 'Best Marketing Book of 2015'. Over 75,000 copies of his books were sold. Steven is also an entrepreneur. He is a partner in consultancy firm Nexxworks, a co-founder of Zembro (a wearable start-up) and the co-founder of content creation company Snackbytes. He spent the first 12 years of his career as a consultant and managing partner of the innovative market research company InSites Consulting. During that time, the company grew from 8 to 130 staff with offices in 5 countries. Steven is also a part-time marketing professor at Vlerick Business School.HIS BIOSteven studied applied economics at the University of Ghent. His summers were spent specializing in marketing at UC Berkeley. Even after all these years, Steven is still in love with San Francisco and beautiful California. Steven started his professional career as a research assistant at the Vlerick Business School, where he remains a guest marketing professor to this day. In 2001, Steven was one of the first employees to join InSites Consulting, a start-up in the online research industry. Over time he worked his way up to become one of the companys managing partners and shareholders. Steven spent a total of eleven and a half years at InSites Consulting. During this period, the company grew from just 8 staff to 130 with branches in 5 countries. It was an amazing adventure.In 2012, Steven started his own inspiration company called B-Conversational. He runs the company with his wife, business partner and best friend Evi and together, they inspire companies around the world. Since 2014, Steven is involved in 3 start-ups. He is a partner in consultancy firm Nexxworks, the co-founder of Zembro (a wearable start-up) and the co-founder of content creation company Snackbytes. HIS PRIVATE LIFESteven lives in a small exotic Belgian town called Knesselare, which sits right next to his hometown of Maldegem. Steven is married with Evi and together they have two children: Siebe and Mathis. Steven greatest joy in life is spending time with his family & friends, enjoying life together and discovering the beauty of the world. Stevens second biggest passion is his job. No kidding! Thats how much Steven loves what he does. It may also interest you to know that Steven is a soccer fan in general and of Club Bruges in particular. He is also a big Disney fan. And of course, Steven enjoys good food and wine.